The first stage of the contest involved an online aptitude assessment and practical skills assessment. Following this, five technicians were shortlisted for Technician of the Year. 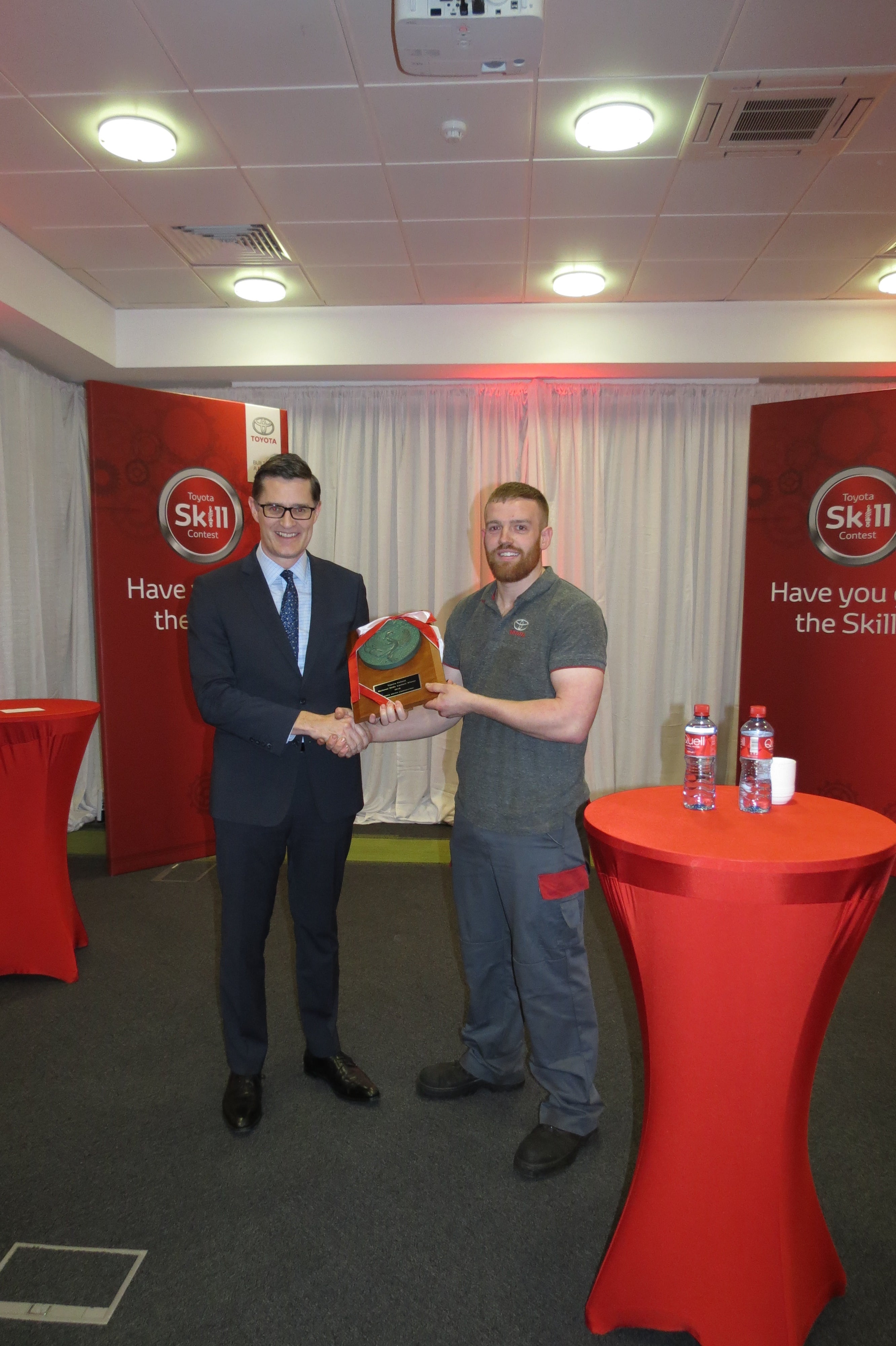 The final element of the contest was for each candidate to participate in a series of timed technical exercises, designed to challenge ability and test stamina while under pressure. Martin Kinsella, Johnny Abel, Michael Oporowicz, Owen Kavanagh and Helen Martin of Toyota, had the difficult task of judging the candidates on their problem-solving skills and ability.

Steve Tormey, Chief Executive of Toyota Ireland said: “We’re delighted to host a competition of this nature for our technical employees and it’s a great opportunity to showcase the calibre of work of those working on Toyota vehicles throughout the network. The technician’s skills are tested through an aptitude test followed by a series of practical examinations and it’s clear that standard of this year’s competition was extremely high. To be placed in the top five is an incredible achievement, and huge congratulations to Conor Bowen on his well-deserved award.”