A Czech Republic-based manufacturer claims to have come up with the solution to the nightmare scenario of dealing with electric vehicle fires.

Eccotarp says its collapsible cooling container ensures that an electric vehicle does not reignite after the initial fire has been put out.

EV fires are known to reignite hours, days or even weeks after the initial outbreak, and they can do so many times.

Therefore, to prevent any future fires, the electric vehicle is then placed in the collapsible container to ensure that the cooling process is completed. 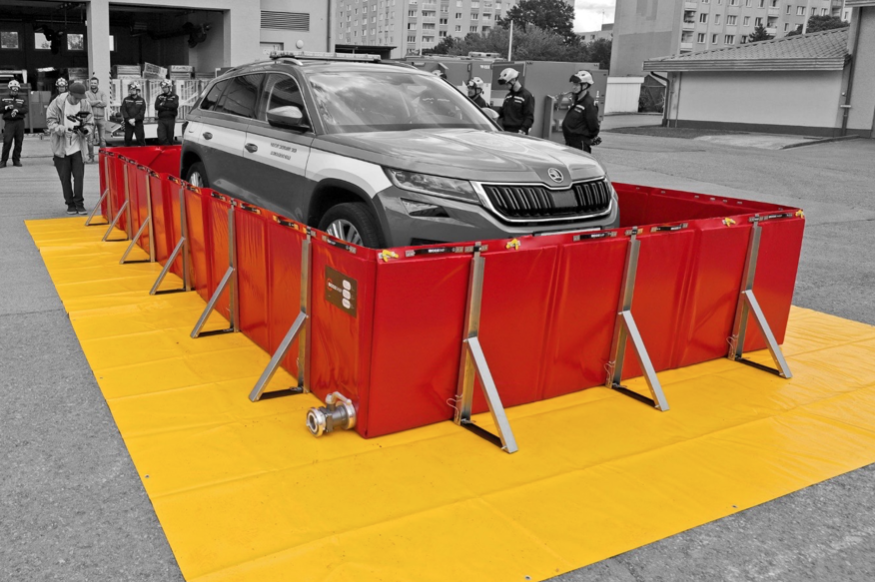 The design and dimensions of the container are specially developed for quenching and cooling electric and hybrid cars by flooding them with water for the necessary time.

Cooling the lower part of the car, where the traction batteries are located, prevents the car‘s battery from reigniting and causing another fire, according to Eccotarp.

The collapsible cooling container is manufactured using a reinforced polyethylene fabric that is resistant to dangerous substances. 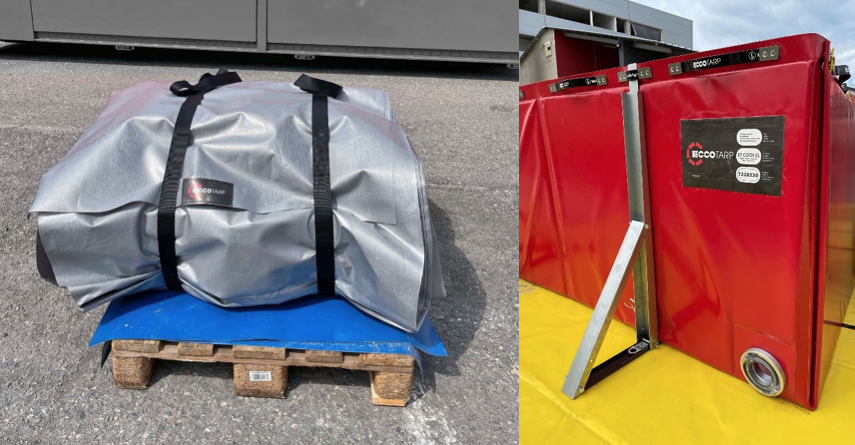 The outer three-part folding side supports are made of galvanised, alternatively stainless steel. Eccotarp says the whole construction process takes less than five minutes to assemble.

To construct the container, the supports in the lower part are anchored with a special lock. The upright position of the support is activated by sliding its upper part under the stabilising tape located at certain spots around the perimeter of the container.

It’s also been designed with fire brigade transportation in mind.