Colin Turkington will head to the final race weekend of the 2017 Dunlop MSA British Touring Car Championship at Brands Hatch in a head to head battle for the title. 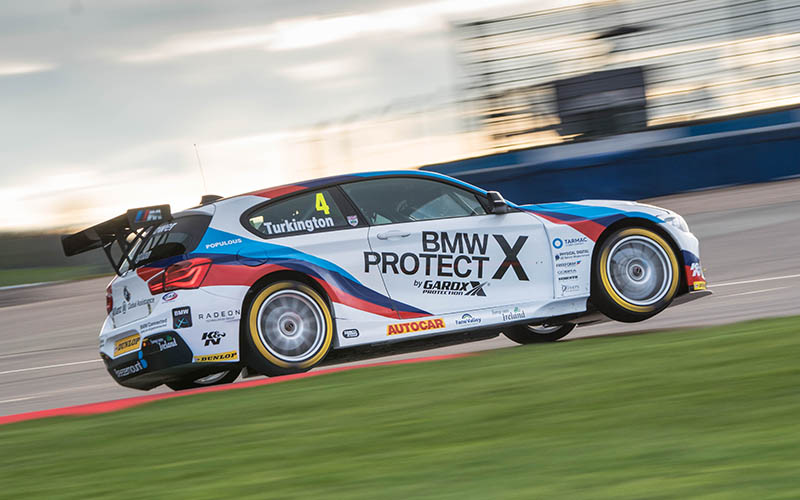 In the first two races on Sunday 17 September at Silverstone, the BMW driver pulled out all the stops to ensure he out-scored his rivals.  Turkington edged his way up the field from 8th to 4th in race 1 and made his way up to P3 in the opening laps of Race 2. Despite a last corner attempt at usurping him from the podium, Colin eventually claimed 3rd.

Race 3 was an unfortunate end to the day, as contact on lap 1 saw Colin spinning off the track before re-joining in P21.  The BMW 125i M Sport suffered heavy damage that forced a visit to the pits for repairs. Turkington emerged to finish the race in P22, scoring valuable manufacturer points.

Turkington said: “Learning to deal with the ups and downs is all is par for the course in the BTCC and over the years I’ve learnt how to manage it and turn the frustrations into a positive. There isn’t time to lick our wounds from race 3 – we’re fully focused on the ultimate goal. It’s game on!

“Brands Hatch GP is one of my favourite circuits and one where I’ve enjoyed huge success in the past with BMW and West Surrey Racing. I have full confidence in Team BMW, the 1 Series and myself that we can do this.  Second place is not an option for me.”
Phillip Dowd, Randstad Ltd sales director, UK home of the TerraClean brand, said: “It is all set to be a thrilling finale to the BTCC season and the entire TerraClean family is behind Colin as he bids for a third championship title.