It is fair to say that Chevrolet knows a little about SUVs, having invented the class over 75 years ago with the introduction of the Suburban Carryall in 1935. 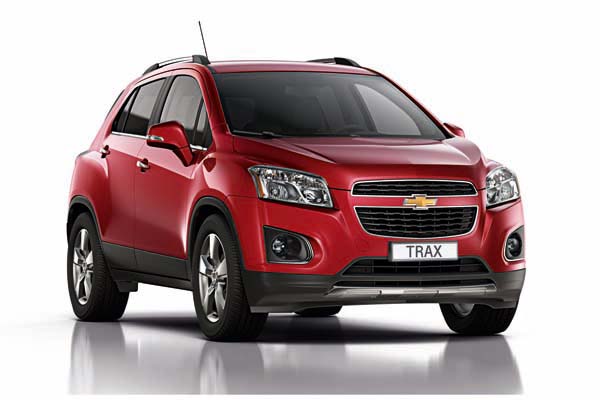 In just a few weeks’ time, the all-new Chevrolet Trax will celebrate its world premiere at the Paris motor show on September 27, representing Chevrolet’s first entry to the fast growing small SUV segment.

The Trax will round out Chevrolet’s offer of stylish SUVs alongside Captiva.

“For many decades, Chevrolet has been known for its dependable and capable SUVs. Trax will deliver on all of the traditional Chevrolet values and more. It is a modern, highly versatile yet fuel-efficient small SUV, offering car-like handling and all-wheel drive,” said Susan Docherty, President and Managing Director of Chevrolet Europe. “Trax is the modern expression of one of Chevrolet’s core competencies, which is building and selling great SUVs,” Docherty said.

Measuring4,248 mm in length, and featuring a width of 1,776 mm and a wheelbase of 2,555 mm,Chevrolet’s new small SUV sports powerful body lines that convey agility and movement. With the golden bowtie separating the upper from the lower part of its prominent front grille, Trax can immediately be identified as a member of the Chevrolet family.