Renault Ireland is offering up to €4,000 off the price of nearly new Méganes or Fluences with discounts plus 0% Finance over four years.
Read More
In its annual reliability survey of more than 50,000 cars What Car? magazine has confirmed that the iconic Mazda MX-5 sportscar is the most reliable
Read More

The ContiTech Power Transmission Group unveiled a new app that allows customers to call up detailed information about its Automotive Aftermarket products with their smartphone.
Read More

Hella has unveiled a new, camera-based headlamp adjustment system that is set to simplify the increasingly complex day-to-day work of car workshops. Because adjusting these
Read More 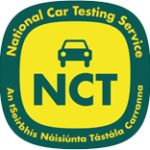