Despite demonstrations, the Paris Motor Show clocked up 1.231.416 visitors before closing its gates. It remains the show with the highest attendance worldwide.
Read More
It hasn’t gone on sale in the UK or Ireland yet, but the Dacia Duster has just been voted Scottish Car of the Year 2012
Read More
Nowadays it is hard to imagine a vehicle without one and this week an important automotive component celebrates its 110th birthday – It’s the speedometer. So
Read More
Reports are breaking in France that say that General Motor’s European division Opel (and Vauxhall) could be negotiating a merger with PSA’s Peugeot Citroen auto.
Read More
Iveco presented the SeaLand, an experimental amphibian, and two other special vehicles for emergency operations at the 52nd Genoa International Boat Show last week.
Read More 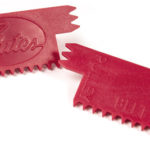 Gates has introduced a new and practical tool to help identify signs of wear on multi-ribbed belts and pulleys: the ABDS (Accessory Belt Drive System)
Read More
The first of 80 new highly advanced double decker buses for Dublin’s bus services through the Government’s capital programme have been unveiled in Dublin by
Read More