A Garda dog called Lazar involved in arrest Gardaí are investigating an attempted hijacking of a vehicle belonging to a female in her 40s. The incident occurred in Douglas, Cork at approximately 11.10pm on 28th May 2019. 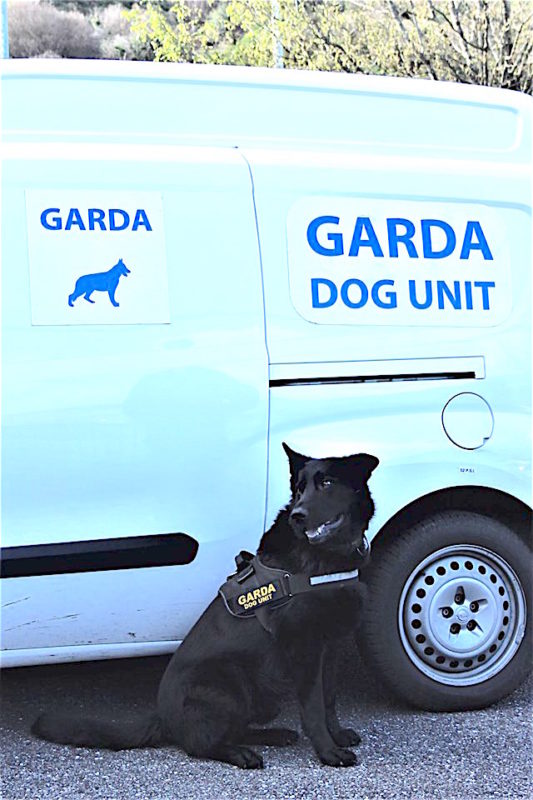 It’s understood the driver was threatened with a knife by a male and ordered to leave the car when it was stopped at traffic lights. The man was believed to have been startled when the lights turned green and he fled on foot towards Willow Park.

A Dog Unit was dispatched to the scene and the Garda dog Lazar located the suspect in a ditch. After a struggle, the man in his 20s was subsequently arrested by attending officers.

He is currently being detained at Togher Garda Station under Section 4 of the Criminal Justice Act 1984.