The founder of cancer charity, ‘Daft as a Brush Cancer Patient Care’ that provides dedicated transport for children receiving treatment and care is halfway through a challenge that will see him walk over 7,000 miles around the coastline of the UK and Ireland.

To mark the half way point, founder Brian Burnie called into motor retailer Charles Hurst Nissan in Belfast to thank staff in person for supporting him in the gruelling fund-raising trek. 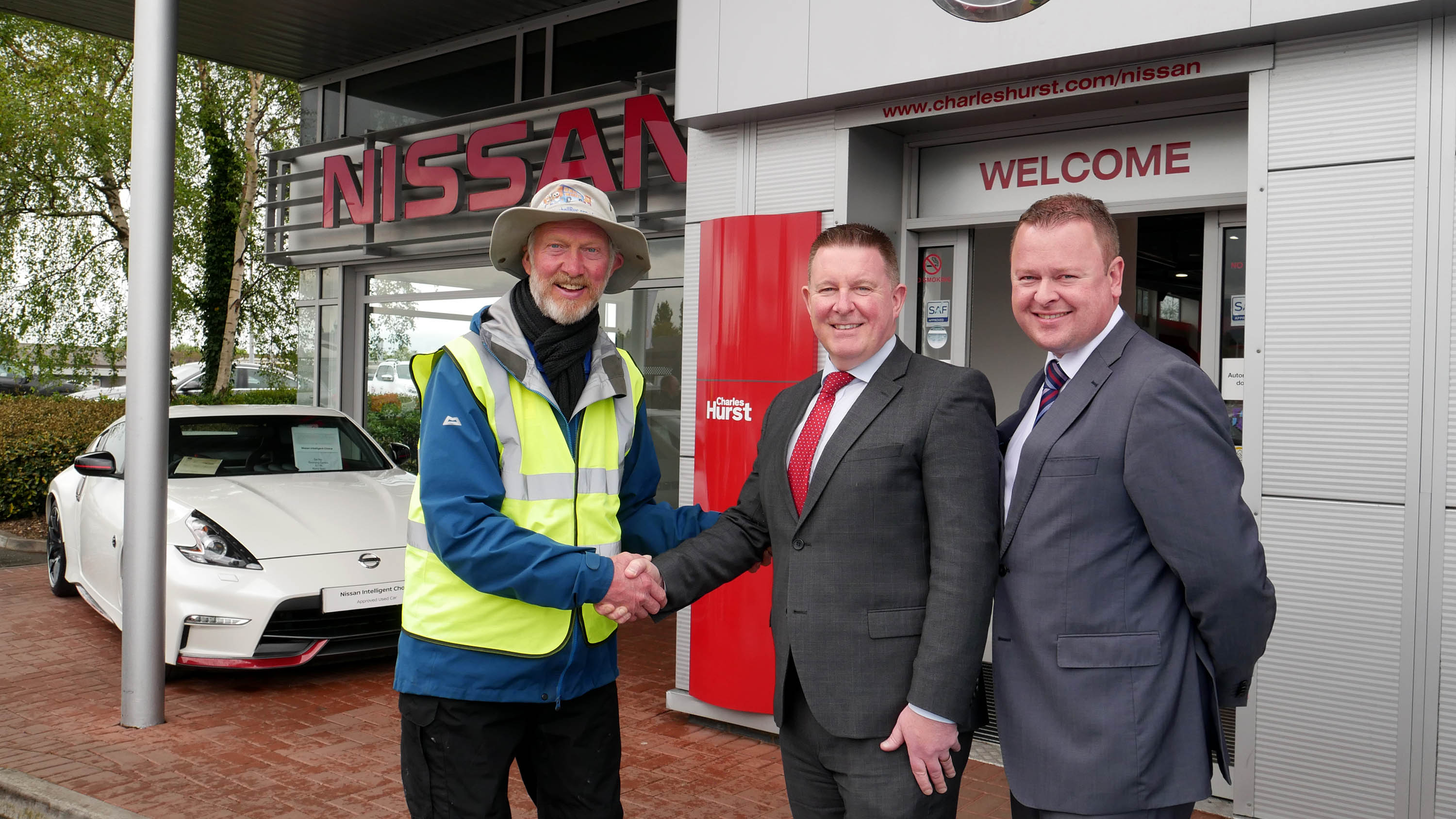 The charity’s fleet of 30 vehicles, which have been exclusively provided by Charles Hurst parent company Lookers, have become a common sight on the UK’s north east roads.

Lookers, which includes the Charles Hurst Business in Ireland, also agreed last year to provide Brian and his team with a support vehicle for the challenge in the shape of a Nissan Navara, which has been towing a generator, carrying water, emergency equipment and first aid supplies to help him on his journey.

While in Ireland, Brian will be walking from Larne to Giants Causeway over to Derry and along the coast. The walk will then continue anti-clockwise back to Dublin by mid-September.

Justin Kinnear, Charles Hurst Nissan Franchise Manager, said: “Having heard about the great work that Brian and his team were doing in the North East, we were delighted that they could visit us at the half way point of their challenge. Lookers has a long history of providing vehicles to this fantastic cause.

“We sincerely hope the team can do the same for other areas of the UK and Ireland and wish Brian the best of luck for the second half of the challenge.”