Greystones teenager, Cameron Fenton has inked a deal with UK FF1600 title winning team, Team Dolan which will see him compete in one of the biggest FF1600 events in the world, the Walter Hayes Trophy at Silverstone. 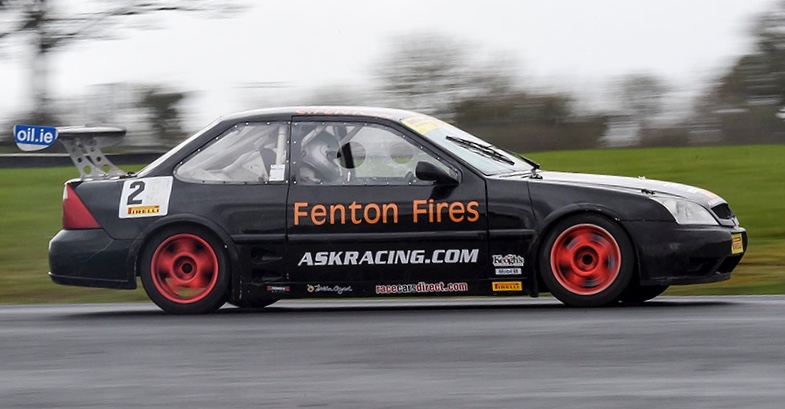 17 Year old Cameron Fenton won both Supercar races at the Formula Ford Festival at Brands Hatch just two weeks ago, Next weekend, he makes the switch to single seaters, at one of the biggest meetings of the year- the Walter Hayes Trophy.

Fenton, who set the pace all year in the Irish Supercars Powered by Pirelli series, also competed in a number of NI FF1600 races in an elderly Mondiale during 2018. At the recent Formula Ford Festival, he once again dominated in the final pair of Supercar Championship rounds, taking two pole positions and two dominant wins.

During the first weekend of November, he will drive the Van Diemen used by Niall Murray to win the BRSCC UK FF1600 series. With Murray busy working with his family, Murray Motorsport team at the Fiesta Six Hour Endurance race at Mondello Park, team boss Bernard Dolan contacted Fenton and offered him a deal to compete at the famous event.

The former Ginetta Junior Ireland winner has never driven the car nor the circuit before but will benefit from two days of testing with the team before the event.

Cameron Fenton said: “It all happened really quickly. The last few days have been hectic as I put all of this together. I know I am jumping in at the deep end and the WHT is always super competitive, but with Bernard’s driver coaching and the support of Team Dolan, I know I am giving myself the best chance!”

Bernard Dolan, Team Principal, Team Dolan said: “I am delighted that Cameron is joining us for the Walter Hayes. It is a hugely competitive event and will be a great experience for him and I love the idea of working with a young Irish driver again.”