Irishman and 2018 British Touring Car Champion Colin Turkington has extended his partnership with Randstad’s engine decarbonising brand TerraClean. This is the fourth consecutive year that TerraClean has been associated with the reigning champion. 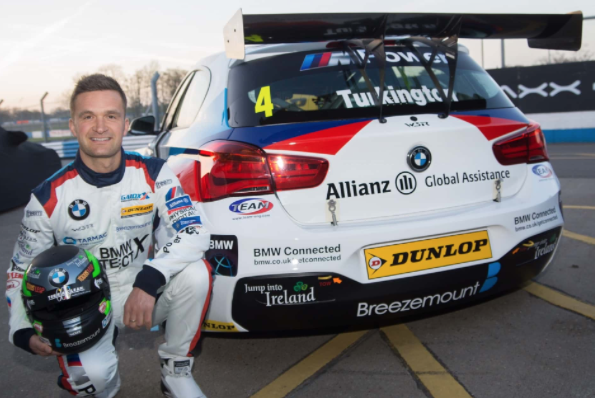 Turkington, who races for WSR-run Team BMW, claimed his third BTCC crown in 2018, after a finale that topped off a scintillating season. The Team BMW driver is delighted to grow the partnership with Randstad and relishes delivering another successful year for TerraClean. This season the TerraClean brand will feature on the driver’s racewear, visor, team racewear and bonnet of the BMW racing car.

The Portadown man said: “As TerraClean’s brand ambassador I’ve worked hard to ensure not only do they enjoy being in the BTCC paddock, but that the brand benefits from the fruits of my labour on track.

“To see this partnership continue and expand is incredibly satisfying. The nationwide network of TerraClean service centres are extremely supportive of my campaign and it’s great to see so many of them at the BTCC races. I cannot wait to represent the brand for another season.”

Martin Dowd, Randstad managing director, said: “The association has been great for everybody involved. Colin is an excellent ambassador for TerraClean in a marketplace where people are really interested in getting the best from their own cars.

“We love this association with a sportsman who demonstrates great values on and off the track. Colin completely understands what we need from the relationship, and we are happy to be extending this association for the 2019 season with presence on the car bonnet to further enhance our brand exposure, in addition to Colin’s racewear.”

The Season Ahead
The 2019 season will commence on 6/7 April on the Brands Hatch Indy circuit, moving on to Donington Park, Thruxton, Croft and Oulton Park. Turkington will once again be competing for Team BMW and is aiming to make history by becoming only the second ever driver to win four BTCC titles.