Craig Breen will bring his FIA World Rally Championship pace and prowess to the ERC in 2020 after he was selected to spearhead MRF Tyres’ return to international rallying.

The 30-year-old, who has two world championship support category titles to his name, placed second in the FIA European Rally Championship in 2015, an achievement that earned him a step up to world rallying’s top tier with Citroen for 2016. 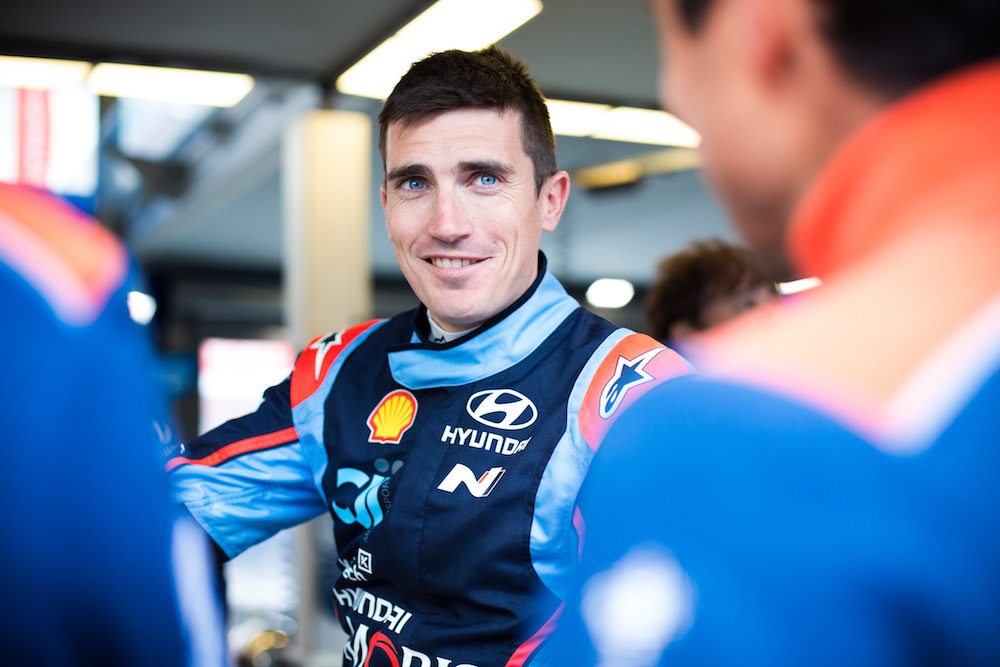 He scored his first podium with the make in Finland that year and landed six top-five finishes in 2017 before claiming his best world championship result to date with second place on Rally Sweden in 2018.

Breen demonstrated his impressive diversity in 2019 when he notched up wins in four different types of Rally2 (formerly R5) cars. He also struck up an alliance with Hyundai Motorsport, scoring points on two world championship starts with the factory World Rally Car squad.

While success at world level remains the Irishman’s ultimate goal, his experience of the ERC, combined with his technical understanding and undoubted speed, makes him an ideal candidate for MRF Tyres, which has joined forces with BRC Racing Team to tackle the eight-event European championship with a Hyundai Motorsport Customer Racing-supported Hyundai i20 R5.

“I am really happy to start this adventure with MRF Tyres,” said Breen, who will compete under the Team MRF Tyres banner alongside co-driver and compatriot Paul Nagle. “We worked together last year placing emphasis on tyre development. Now I am really looking to embark on this journey in the European Rally Championship. It will be a great adventure to get back to some rallies I have done in the past along with some new events. It will be a great year with MRF Tyres, BRC Racing Team and Hyundai Motorsport Customer Racing. I am looking forward to the Azores Rallye and getting the programme started.”

Craig Breen and Team MRF Tyres 2020 schedule is as follows: