Bodyshop owner Frank Byrnes is taking on the Sport of Kings to raise funds for the Irish Injured Jockeys Fund.

The Oranmore based businessman and Managing Director of Frank Byrnes Autobody Repairs Ltd, has been awarded his jockey’s licence from The Irish Horseracing Regulatory Board (I.H.R.B) and is set to participate in the 2018 Corinthian Challenge Horse Racing Series in aid of the Irish Injured Jockeys Fund.

In order to obtain the licence, Frank was examined thoroughly on all aspects of horsemanship and equine care at the Irish Racing Academy and Centre of Education (RACE) based at The Curragh.
In preparation Frank rode out at Ranch Racing in Kilcolgan under the stewardship of trainer Stephen Mahon. He also took to the roads and the gym to improve his overall fitness.
Between July and October, Frank will ride in three horse races on Ireland’s top racetracks. 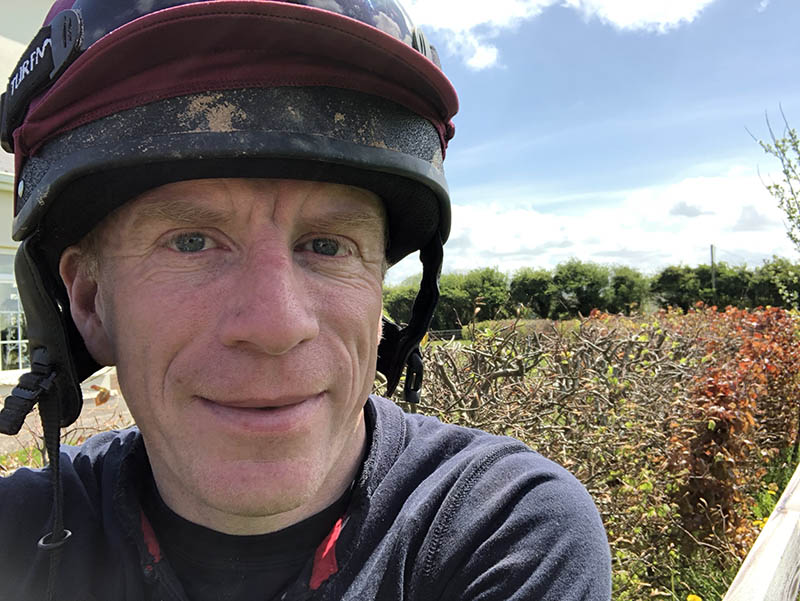 The first race was at the Curragh Racecourse on July 22 on “Kilboy Estate Stakes” day, while the second leg will take place in Navan on the September 23 , the first National Hunt card of the season.

The final leg will take place in Leopardstown on October 27 on “Tote Handicap Day”.
The Corinthian Challenge Series is the latest charity project which Frank has undertaken. To date Frank and his company have raised €100,000 for a variety of charities, both local and national.
Frank will be fundraising in aid of the Irish Injured Jockeys Fund over the coming weeks and months. Donations can be made online at Everydayhero.ie/frankbyrnes