Land Rover Ambassador and former Irish Rugby Captain Brian O’Driscoll surprised 11-year-old Kyle Leybourne from Tullow in Carlow by presenting him with his prize of a trip to the Rugby World Cup as an official Land Rover Mascot when Ireland play their opening game against Scotland. 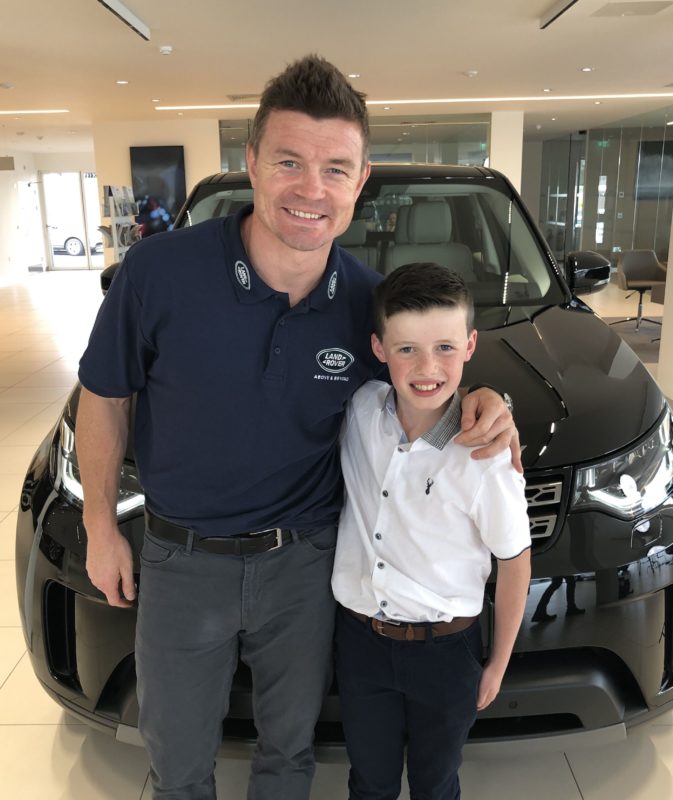 Land Rover, a worldwide partner of this year’s Rugby World Cup in Japan ran the competition through July and August this year on Land Rover Ireland social media channels. Young rugby fans were invited to post videos of themselves explaining why they should be an Official Mascot at the tournament. Entries were received from hopefuls all over Ireland and were judged by a panel comprising of Jaguar Land Rover representatives and Brian O’Driscoll himself. Winner Kyle was chosen for his earnest video championing his credentials as a dedicated fan, his fun dance moves and his rendition of Ireland’s Call.

Kyle Leybourne, who plays for Tullow Rugby Club, will join Land Rover as an official Mascot walking onto the pitch in Japan. He is one of a number of lucky children from around the world being given this once-in-a-lifetime-opportunity of being right at the heart of the action on rugby’s biggest stage. 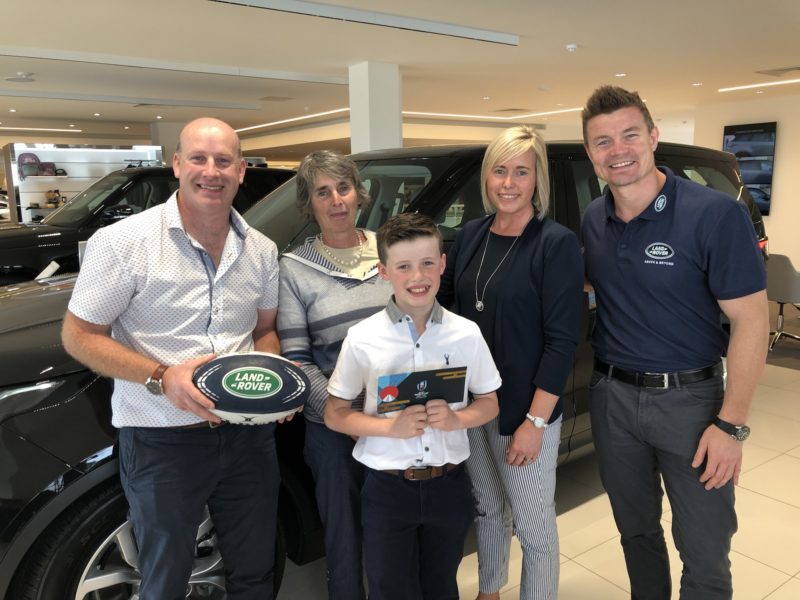 Kyle and his family met with Land Rover in Dublin and was then surprised by Brian O’Driscoll himself who delivered the news to him in person.

Brian O’Driscoll said: “It was fantastic to see how delighted and excited Kyle was once he realised he had won the Land Rover competition. His reaction was that of a true young rugby fan. Attending a Rugby World Cup is a significant achievement for any player and now Kyle will have the chance to experience the excitement of Rugby World Cup 2019 from the pitch himself!”