BMW will have 25 electrified vehicles on the market by 2023 instead of 2025, with more than half of the 25 being fully electric, the company announced at #NEXTGen 2019 in Munich. 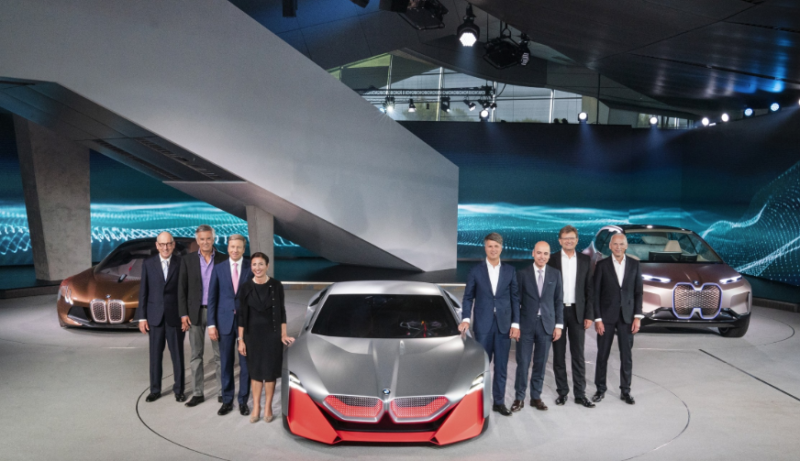 BMW officials at #NEXTGen 2019 in Munich.

Speaking in Munich, Harald Krüger, Chairman of the Board of Management of BMW AG explained: “We are moving up a gear in the transformation towards sustainable mobility, thereby making our company fit for the future: Over the past two years, we have consistently taken numerous decisions that we are now bringing to the roads. By 2021, we will have doubled our sales of electrified vehicles compared with 2019.

The German car maker adds that it’s aiming to have more than half a million vehicles with fully-electric or plug-in hybrid drive trains on the roads by the end of this year.

The effective role plug-in hybrids can play in achieving emission-free mobility in cities is demonstrated by the BMW eDrive Zones function, which will be standard in BMW plug-in hybrids from 2020: In cities that establish “green zones” solely for emission-free driving, geofencing technology will be able to recognise these automatically. When the vehicle enters one of these zones, it will automatically switch to pure electric driving mode.

This new type of operating strategy significantly boosts the potential of plug-in hybrid vehicles to reduce emissions. Increasing the use of electric driving not only optimises efficiency, but also helps reduce operating costs for customers – especially in city traffic.