Some of the UK’s largest vehicle and component manufacturing plants are planning to be open by Monday. This follows revised lockdown measures announced by the UK Government. Prime Minister Boris Johnson said that from yesterday ( Wednesday, May 13), all workers who cannot work from home should travel to work if their workplace is open. 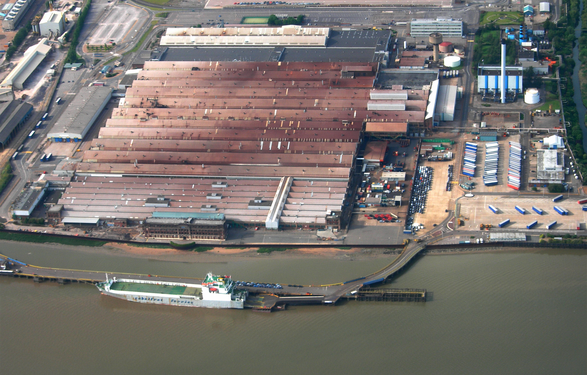 Sectors of the economy that are allowed to be open should be open, he said, this includes areas such as manufacturing, logistics, distribution etc.

For sales, car dealerships have a new British government guidelines which states: “All retail, other than those exempt, must close their premises to members of the public. However, staff may be present to make deliveries or provide services in response to orders such as those through telephone, online, or mail.”

It’s a so-called ‘Click-and-collect’ handover, which would for example be a car being placed outside and sanitised prior to a customer collecting it at a specified time, with the key being left in a sanitised package, and with no human contact of closer than two metres.

During the lockdown, UK dealerships had been allowed to sell new and used cars online or on the phone. The majority of dealers had been taking deposits for cars sold on-line and on the phone, with delivery pending, Now, the new click-and-collect type of system will allow  transactions to be completed.

Dealerships are also expected to fully re-open in two weeks time (June 1), so some major manufacturers are restarting production in order to meet demand for new cars and vans.

In addition to great health and safety caution at plants, caution will also be given to not over-producing for the current market. News yesterday that Volkswagen is temporarily halting two assembly lines at its mega plant in Wolfsburg as consumer demand for new cars remains weak.

Back to the UK, and BMW’s Swindon plant is expected to open tomorrow (Friday, May 15). It will be joined on Monday (May 18) by their Mini Plant in Oxford.

Ford plans to restart production from this Monday too at its Dagenham Engine Plant in Essex and Bridgend Engine Plant in South Wales.This will mean that all of Ford’s European manufacturing facilities will be back in operation.

PSA Group (Peugeot, Citroen, Opel/Vauxhall) will also restart production on Monday at their Vauxhall commercial vehicle facility in Luton. Their Ellesmere Port plant should follow soon too, but no date has been given for that.

While Toyota has restarted production for the petrol and hybrid engines produced at its plant in Deeside, the carmaker said it will not reopen their other plant at Burnaston, Derbyshire, which manufactures the Corolla hatchback, until at least 26 May.

Honda at the end of last week postponed the reopening of its Swindon plant, which had been scheduled for last Monday. It stated that it needed to implement safety measures as well as resolve demand-and-supply chain issues. Honda now plans to resume production of the Civic compact sedan there in the first week of June.

Indeed, because of the ‘just in time’ nature of most deliveries to car plants for manufacturing, there are many reports of issues in their supply chains coming from a number of manufacturers.

Nissan said on April 22nd, that it would keep its Sunderland plant closed for at least another month. It said: ”We are currently planning a phased resumption of production in early June.” This may be brought forward in light of the Government’s revised lockdown measures, but no statement has bee made by Nissan yet. The Sunderland site is Britain’s biggest car plant and built nearly 350,000 vehicles in 2019 – it employs almost 7,000 workers.

Meanwhile in the America, Tesla has been given permission by local authorities to resume production at its Fremont, California plant next week. The firm has sued Alameda County after it refused to give it permission to resume operations, and began to open the plant earlier this week.