Blackstone Motors, regional Renault dealer for the North East has opened its third Renault and Dacia dealership with the launch of Blackstone Dundalk.

The group has invested €10 million to date across its three operations and the new dealership brings the total number of employees within the group to 55.

The expansion of the business led to the creation of 15 jobs initially, with the aim to hire at least 35 staff over the next 18 months. 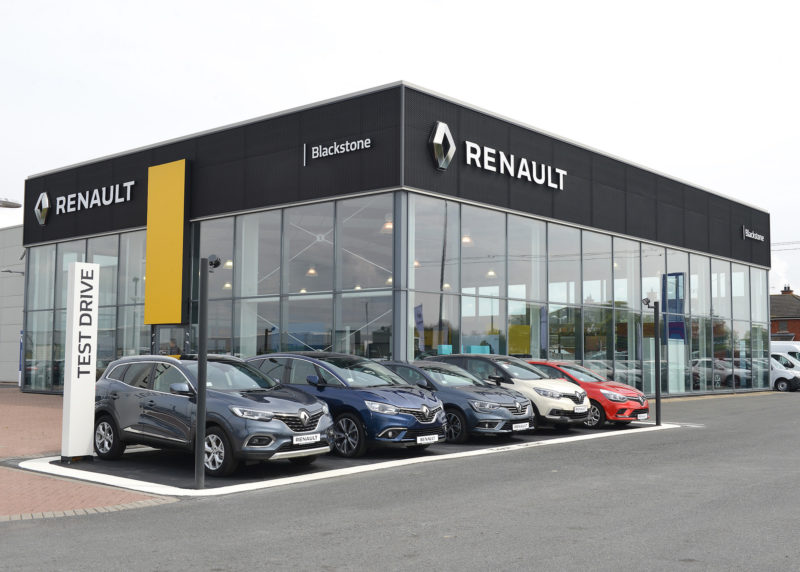 Blackstone Dundalk is a flagship Renault dealership in the Irish Network. Finished to the highest standard for Renault and Dacia in Ireland, work on the new Dundalk dealership was completed earlier this year and is now fully operational for both sales and aftersales. The 750 sq m showroom displays the full Renault and Dacia ranges, complete with a dedicated Renault Pro+ zone for commercial vehicles as well as an electric vehicle (EV) display zone.

The dealership also houses a 500 sq m workshop and a further parts facility of 250 sq m, in addition to a 200 sq m staff area, with the forecourt accommodating up to 300 vehicles.

With employee development a core value of Blackstone Motors, long-standing sales consultant Paul Holland was promoted to Dealer Principal, heading the Renault and Dacia sales team from the new showroom on the Inner Relief Road, Dundalk.

Blackstone Motors have been Renault dealers for over a decade, when the first showroom opened in Drogheda back in 2008. A new state-of-the-art Blackstone dealership opened in Cavan, covering Cavan and Monaghan, almost three years ago in October 2016, which was one of the first Renault dealerships in Europe to complete the new Renault corporate identity for showroom and forecourt presentation. A standalone Dacia showroom will also open on the Cavan premises later this year.

The expansion has been spearheaded by Blackstone Motors Directors, Noel Stewart and Donal Waters. In the motor business since he was 17 as an apprentice mechanic, Noel climbed the ranks through various sales and aftersales roles and was running a dealership by the age of 29, before joining Renault almost 20 years ago. Donal came from a background in car fleet hire prior to joining Renault over 15 years ago in 2003 where he excelled in sales.

They joined forces over a decade ago to open the first Blackstone dealership in Drogheda. 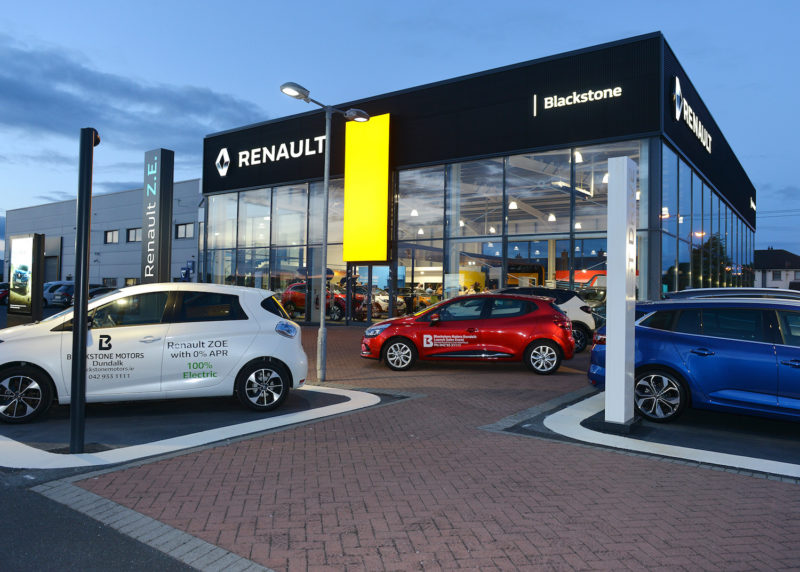 With the opening of the new Dundalk showroom, Blackstone now has full coverage of the North East territory – Louth, Meath, Monaghan and Cavan.

The new Renault Store concept is designed to improve the customer experience, whether that’s visiting the dealership to seek advice, make a purchase or for an after-sales service appointment. The Store concept was fully designed through the eye of the customer, and its primary objectives are to be aesthetically modern, and to provide a fluid and clear customer experience from when they first arrive on site.

They were also awarded SIMI National Franchised Sales and Aftersales Operation of the Year in 2015. 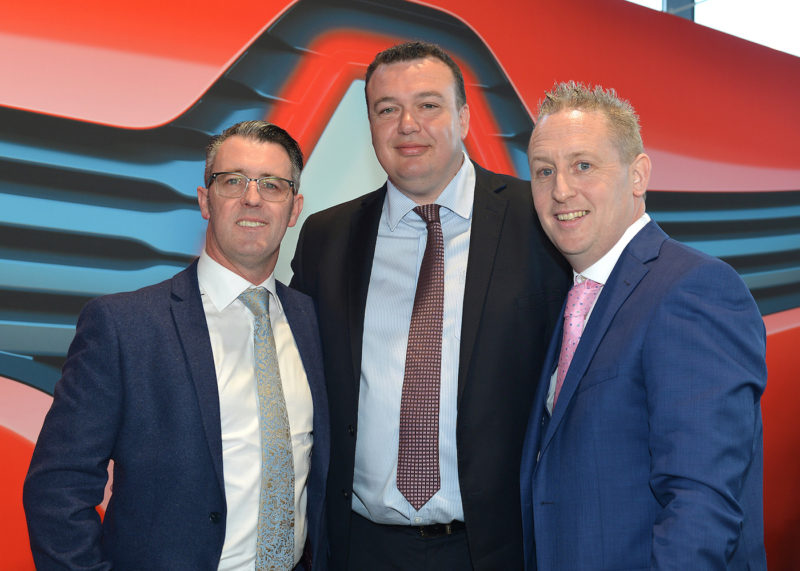 Patrick Magee, Country Operations Director, Renault Ireland said: “We are thrilled to open the third Blackstone Motors dealership, a flagship Renault dealership in the Irish Network. It’s a testament to the hard work of Noel, Donal, and the wider Blackstone team. The state-of-the-art premises will provide a streamlined customer experience, with the full range of Renault and Dacia cars and vans available, including a dedicated EV zone. We wish the team all the best at the new dealership and continued success and delighted that Renault Group is number one in the County Louth car market year to date!”

Noel Stewart, Managing Director, Blackstone Motors commented: “We are incredibly excited to open our third dealership; it seems like the natural next step after the success of Blackstone Motors Drogheda and Cavan. At Blackstone Motors, our main aim is to make buying a new or used car or van an enjoyable and easy process. Thanks to our Sales and Aftersales departments, we are a one-stop shop for all your motoring needs. Buying a vehicle has never been so easy!”

Donal Waters, Director, Blackstone Motors added: “Looking back at when we first opened in 2007 as a small team of four, it’s amazing to see how far we’ve come. It’s great to think that we are in a position where we can create new jobs and hire more staff in Dundalk. Supporting the community has always been a priority at Blackstone Motors, and although only opening our doors in Dundalk in January of this year, #TeamBlackstone have proudly worked very closely with Dundalk FC from 2015.”