An official signing of contracts was attended by Noel Stewart, managing director and Donal Waters, director. 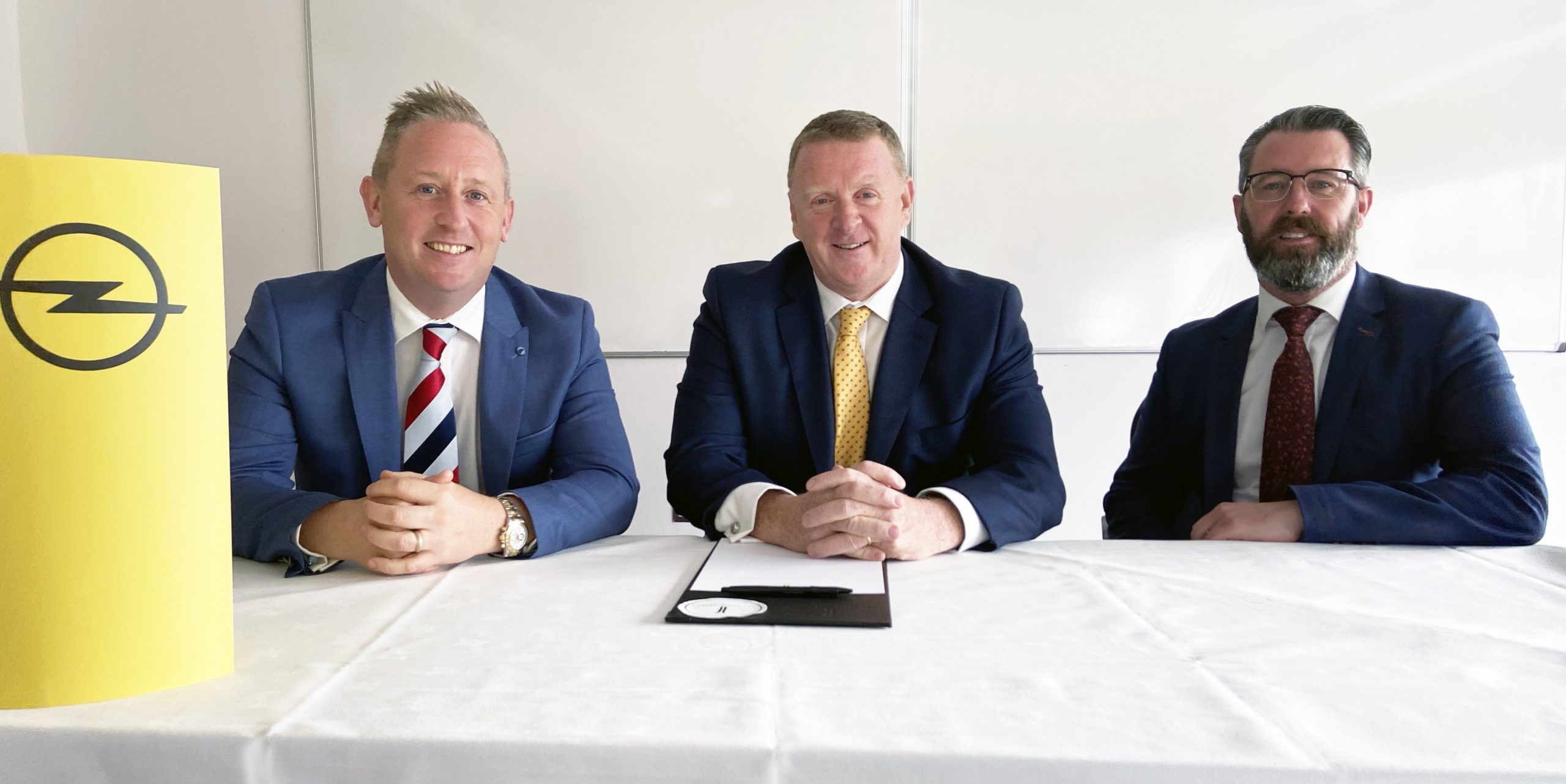 Stewart began his motor industry career as an apprentice mechanic, climbing the ranks through sales and aftersales roles before he became a dealer principal at the young age of 29.

Waters first developed his motor industry expertise in car fleet hire, prior to him joining a manufacturer team and excelling in sales management roles.

Joining forces in 2007, Blackstone Motor Group was born when the dynamic duo opened their first showroom in Drogheda. Strengthening their presence in the North East, they later invested in a state-of-the-art showroom in Cavan in 2016, adding a third expansive premises in Dundalk to their portfolio by 2019.

Priding themselves on a personal and customer-centric approach, Stewart and Waters have been familiar faces at both the SIMI National Franchise awards and local Drogheda Chamber of Commerce awards.

James Brooks, MD of Leeson Motors, Opel Importer in Ireland commented: “The addition of Blackstone Motor Group to the Opel Dealer Network fills key open points for us in both Cavan, Drogheda and Dundalk and this appointment is strategically very important to us, as we bring to market a host of new models and strive to grow our national market share, whilst strengthening our Aftersales business.

“Noel and Donal have very successfully built their business and their enthusiasm is infectious. We warmly welcome them and their team to the Opel Dealer Network and I wish them every success with the Opel brand.”

Commenting, Noel Stewart, added: “Adding Opel to our existing brands in Cavan, Drogheda and Dundalk presents us with much opportunity for further growth as the Opel brand rejuvenates its model line-up in the next six months. We very much look forward to providing our customers with a full offering of Opel passenger cars and light commercial vehicle sales, services and parts.”

Meanwhile, Opel Ireland has been announced as the new sponsor of the RTE Radio 1 Today with Claire Byrne show, from Monday September 7.

The sponsorship of the show coincides with the introduction from Opel Ireland of a whole host of new Opel passenger car and light commercial vehicle models that will arrive on the Irish market within the next six months, together with the rapid electrification of the Opel range and the unveiling of a strong, new exterior and interior visual identity for the brand.

“With new models such as the electric Corsa-e and Grandland X plug-in hybrid just landed, a new electric Zafira Life and Vivara commercial vehicle on the way, the recent unveiling of the exciting new Mokka together with the reveal of the new Opel Vizor front face identity and the new Opel Pure Panel interior, and many more new product launch announcements to come in the next month, there is no doubt, the rejuvenation of the German brand is gathering momentum.

“With so much to shout about, our sponsorship of the Today with Claire Byrne show is the perfect platform on which to build awareness of this exciting Opel brand journey.”