A pioneer of the compact SUV market, the Captur has sold 1.2 million units since its launch in 2013, rapidly becoming the best selling model in its class across Europe. When it was launched, there was just one rival in this segment but the new model will arrive next year to be greeted by in excess of 20 direct competitors.

In this extremely competitive sector, the all-new Captur has reinvented itself without losing the unique identity that made the original such a success. It has however been given even more of an SUV look, with roof rails added. 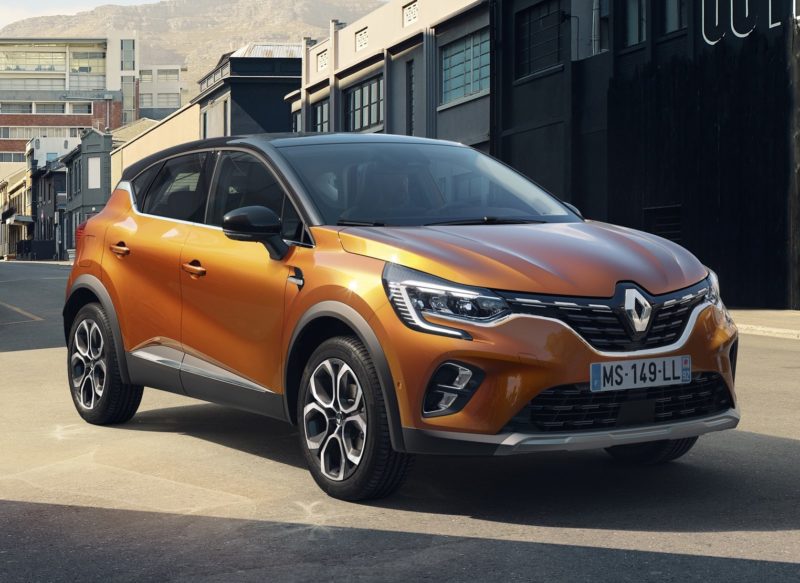 Enhanced customisation options will also be on offer. And there will be 18 different interior combinations on offer too. Apple CarPlay and Android Auto compatibility are both available in the new Clio.
Renault says it features more athletic and dynamic new looks, plus an even more welcoming and practical interior, and sets a new technology standard. It adds, the new Captur is more grown-up and upmarket than ever.

The new Captur is one of the key models in Renault’s ‘Drive the Future’ (2017-2022) strategic plan, thanks in no small part to its status as a truly global product. It will be sold on every continent.

Furthermore, Renault says that the all-new Captur is important technologically, as it meets the three pillars of the mobility of the future as presented in the strategic plan, which are: electric-power, connected and autonomous driving technology. The all-new Captur will be one of the pioneers, joining new Clio in delivering autonomous driving technologies to B-segment models.

Renault says that it comes with an Innovative infotainment system and advanced driver assistance technologies. LED headlights are also standard across the range.

The new Captur is at the heart of the group strategy in so much as it is underpinned by the new CMF-B platform, which forms the basis of the all-new Clio. According to the French carmaker, the new Captur is lighter, stronger and safer than its predecessor. It also delivers more interior and boot space, plus the sliding rear bench offers enhanced versatility.

Designed from the outset to accommodate an electric powertrain and the latest electronic architecture, it offers the possibility to integrate new technologies that meet the market’s needs. In addition to Petrol and diesel engines with choices between manual or EDC seven-speed gearboxes, the power options will include a E-Tech plug-in hybrid powertrain later in 2020, the first in the segment.
More on the all-new Captur closer to the launch here next year.