With a year to go to the next Autopromotec international aftermaket exhibition, scheduled for 22-26 May 2019 at the Bologna Exhibition Centre, the organiser has announced the start-up of projects aimed at enhancing the international profile of the fair.

As the most specialised international exhibition of automotive equipment and aftermarket products that will take place in 2019, their new projects plan to support the supply chain of automotive products and ‘Made in Italy’ in the approach to foreign markets.

The projects claim to be the natural extension of Autopromotec’s development strategy, which in recent years has placed greater emphasis on the international character of the fair. 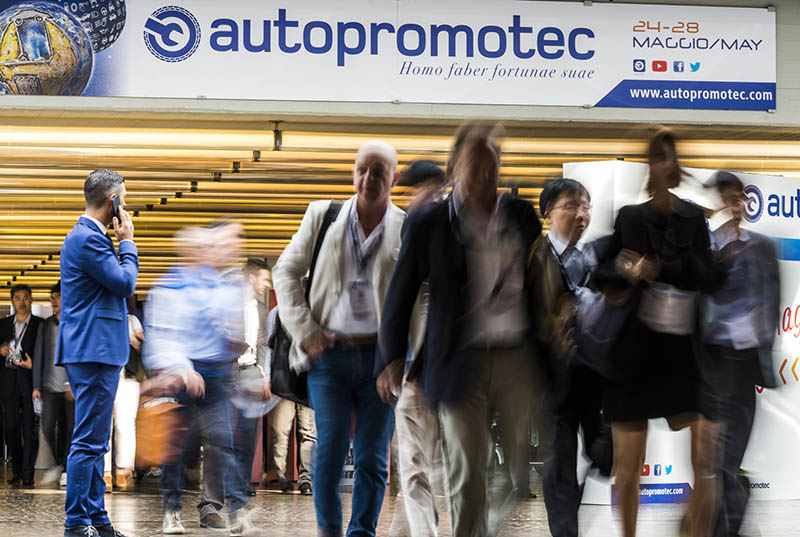 Autopromotec’s role as a major exhibition for the industry and an event with the ability to delineate current and future trends of repair on a global level, has been validated by the last few editions of the show, which tales place every second year.

The organiser says that Autopromotec 2017 posted record numbers in terms of total exhibitors (1,599, +4.5 per cent compared to the 2015 edition) and industry professionals (113,616, +9 per cent compared to 2015). There were also impressive data on the edition’s international participation, in witness of the exhibition’s increasing global dimension: in 2017, 43 per cent of the exhibitors were from abroad (representing 53 countries), as well as 23,807 professionals.

With this emphasis on global development, an agreement was signed in early May between Autopromotec and M&T Consultancy, a consulting firm specialised in international business development. For the last few years, the firm has provided support to institutions, business networks and companies in the analysis of foreign markets and how to gain positioning on them.