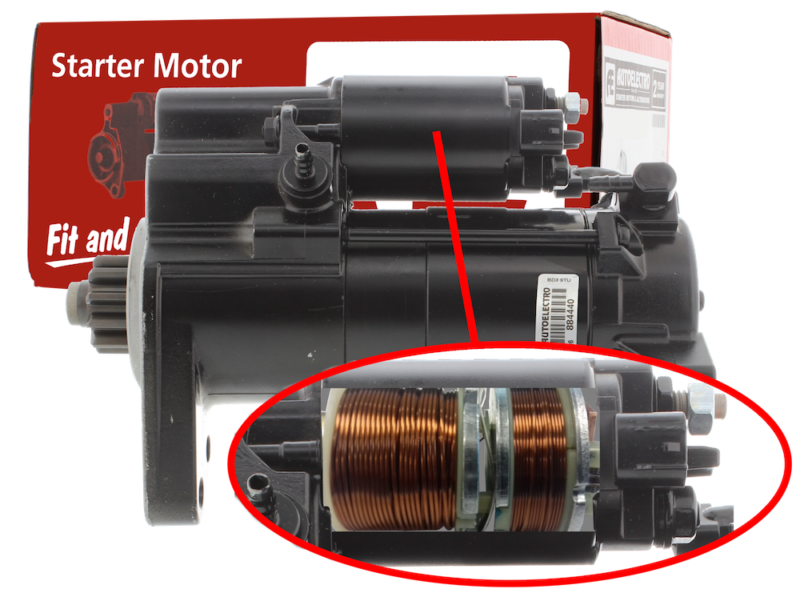 The modern stop-start type starter motor operates in conjunction with the vehicle engine management system. The system not only improves fuel economy but also reduces emissions to bring vehicle manufacturers in line with strict government regulations.

Advancements in starter motor design has seen the introduction of a tandem solenoid as found on the Range Rover applications (AEY3994). The Tandem Solenoid brings the starter motor pinion up to the flywheel speed before engaging, this allows for quicker and more responsive restart times. Tandem solenoids can generally be identified by the solenoid plug having two pins instead of the standard one.

With higher demands on the electrical system it is essential that the correct battery application is fitted to the vehicle and kept above at least 75 per cent of charge for the stop-start system to correctly operate.