The FAG wheel bearing range continues to grow with new part numbers coming on-stream for vehicles including the Ford Kuga and Chrysler Voyager
Read More
Mercedes-Benz has introduced a special edition ‘Effect’ version of the popular Vito van on the Irish market.
Read More
Opel Ireland has launched a commercial variant of its successful Astra five door hatchback, the Astra Van and secured a major fleet deal with telecommunications
Read More
It’s that time of year again, when thousands of primary schoolchildren around the country begin their summer holidays. The Road Safety Authority (RSA) is asking
Read More
Peugeot Trade Parts is running a special promotion until the end of July that delivers a 25 per cent trade discount on selected timing belt
Read More 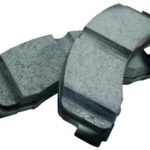 An air compressor designed especially for mobile use looks set to change the face of the mobile tyre fitting industry.
Read More
Gowan Distributors Limited, the importer of Peugeot vehicles, parts and accessories in Ireland has announced the appointment of Emma Toner as Marketing Manager for both
Read More
Sixty years after the first SL was launched, the latest version of this iconic roadster has arrived in Ireland.
Read More
We use cookies to ensure that we give you the best experience on our website. If you continue to use this site we will assume that you are happy with it.OkRead more