Garages are being advised to double check their security systems, following a break in at a tyre centre in Co. Galway last weekend.
Read More
With high fuel prices and modern vehicles placing increasing demands on their more compact engines, oil and fuel additives are now attracting attention from more
Read More
Renault Finance has to date lent over €33 million to both individual and business customers since its launch here last September.
Read More
As part of the Ferodo® “You’re in Control” programme, Federal-Mogul has developed new packaging for its range of OE-quality brake products to better meet the
Read More
Volvo Trucks has unveiled an new app,  an extension of its truck finder website, which allows users to locate used trucks from aruond the globe.
Read More

First Line is raising the bar yet again by adding the Russian GOST-R approval to its matching original equipment products.
Read More
According to the latest analysis from JATO Dynamics,  the European new car market continued to decline, although June’s fall in sales was less than in
Read More 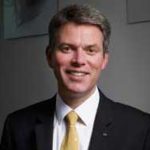 Paul Philpott, former Chief Operating Officer at Kia Motors Europe has taken up his new role as the first non-Korean President and CEO at any
Read More