In the mid-1930s, a young Kiichiro Toyoda saw the potential of mass produced cars for the general public. Through several years of perseverance, he eventually
Read More 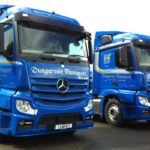 Dungarvan Transport has taken delivery of two new Mercedes-Benz Actros trucks which have been supplied on contract hire by Mercedes-Benz commercials dealer Surehaul of Clonmel.
Read More
As one of the world’s top automotive suppliers, Valeo is focusing its research and development on designing technologies  to reduce carbon emissions on the vehicles
Read More
NTN-SNR recently won the the Automechanika Innovation Award (Parts) for its In-Wheel Motor System having starred at the Mechatronics Awards back in June.
Read More
Billionaire George Soros has snapped up a £12 million stake in the Lookers car dealership.
Read More
Read More 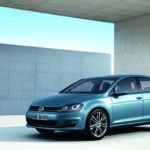 The seventh-generation of Volkswagen’s iconic Golf will come to Ireland this December, in time for January 2013 sales. Over 29 million Golfs have been sold
Read More
TomTom has unveiled a partnership with BMW to integrate its GO LIVE navigation devices in selected models of BMW 1 Series, 3 Series, X1 and X3
Read More
Half (54%) of 1000 UK motorists want volume controls enforced on in-car music to stop it being a driving distraction. It is probably no different in Ireland.
Read More