The Society of the Irish Motor Industry (SIMI) has issued the new vehicle registrations statistics for April along with its quarterly motor industry review for Q1 of 2019.

The SIMI Report shows that while the Irish economy is still positive, both new cars and commercial registrations, declined in the first quarter of 2019 with the exception of both electric cars and used car imports. External threats such as Brexit uncertainty, greater consumer caution and the ongoing growth of used imports continue to undermining new car sales. Another contributing factor is the increase in the VRT on new cars, arising from the fact that no allowance was made by the Irish authorities for the first step in the move to the new WLTP testing regime.

Brian Cooke Director General, SIMI commented: “This rise in new car registrations for the month of April is in reality a timing issue. Easter is a key period for car-hire business and with it falling later than usual in 2019, this pushed some car-hire that normally occurs in March into April. The real indication of the new car market environment is the year to date figures, which show a nearly 11 per cent decrease on last year. The outlook for the remainder of the year is still very uncertain for the Industry. Looking forward to 2020, with the next phase of the WLTP Testing due for implementation, it is vital for the Industry that any changes to taxation systems are flagged well in advance of their implementation date to allow the Industry plan their businesses in a normal and effective manner.”

2019 new car registrations are forecasted to reach around 112,000 which would represent a decline of 10.8 per cent on 2018 while used car imports by contrast are projected to increase marginally to around 101,000. Similar to last year Brexit related uncertainty looks set to continue, largely due to the uncertain performance of sterling and the impact of used imports from the UK.

The new cars sales fuel type in Q1 of 2019 is also changing with new diesel registrations accounted for 48.27 per cent of the market a decline from 56.27 per cent on quarter one last year while petrol accounted for 40.83 per cent of the total up from 37.51 per cent on Q1 of 2018. Average CO2 emissions for new cars sold were 1.5 per cent higher in the first quarter of 2019 when compared to a year earlier. The recent move away from diesel to petrol has resulted in average CO2 emissions now trending upwards again after a prolonged period of desirable decline. 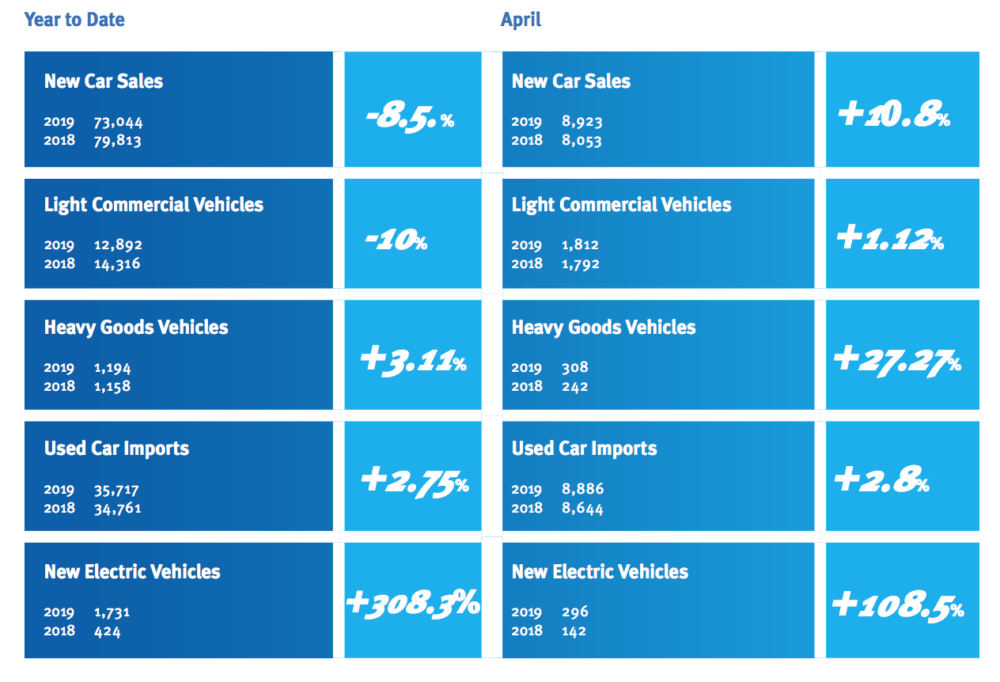 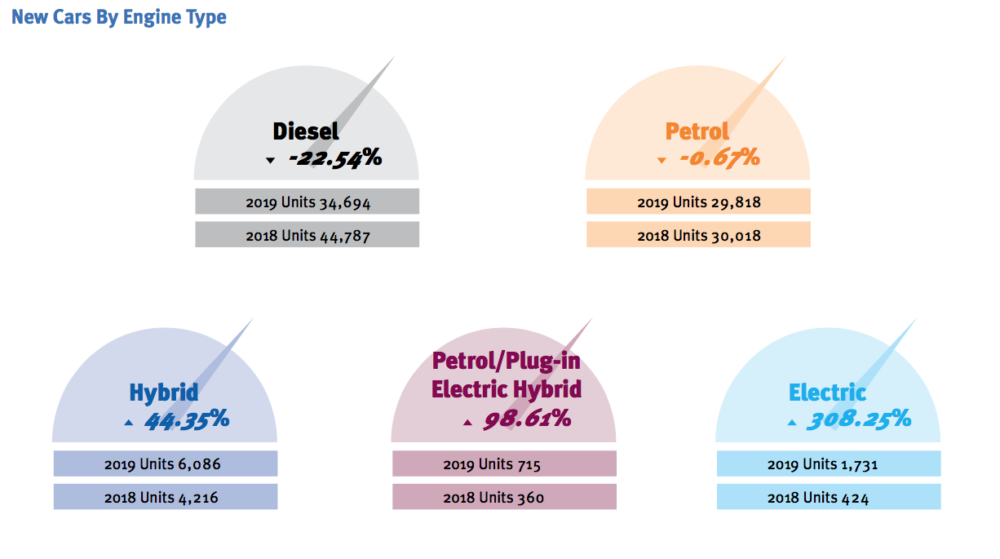 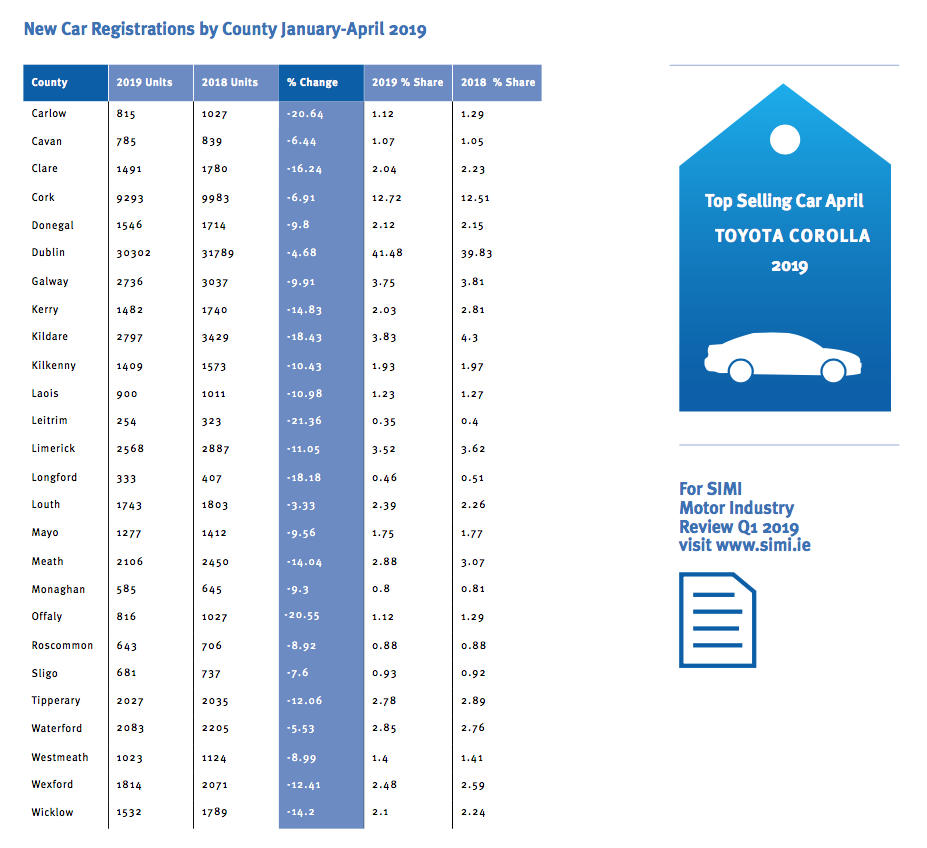