Applegreen has launched a new climate initiative that gives motorists the opportunity to drive CarbonNeutral as part of the company’s ‘Drive Change’ sustainability strategy.

From today, the service station chain says it will offset all carbon emissions from fuel used by customers who fill their tank with ‘PowerPlus’, Applegreen’s premium fuel, which claims enhanced performance and fuel efficiency.

Applegreen adds it will be planting more than 300,000 native trees in Ireland over the next three years. 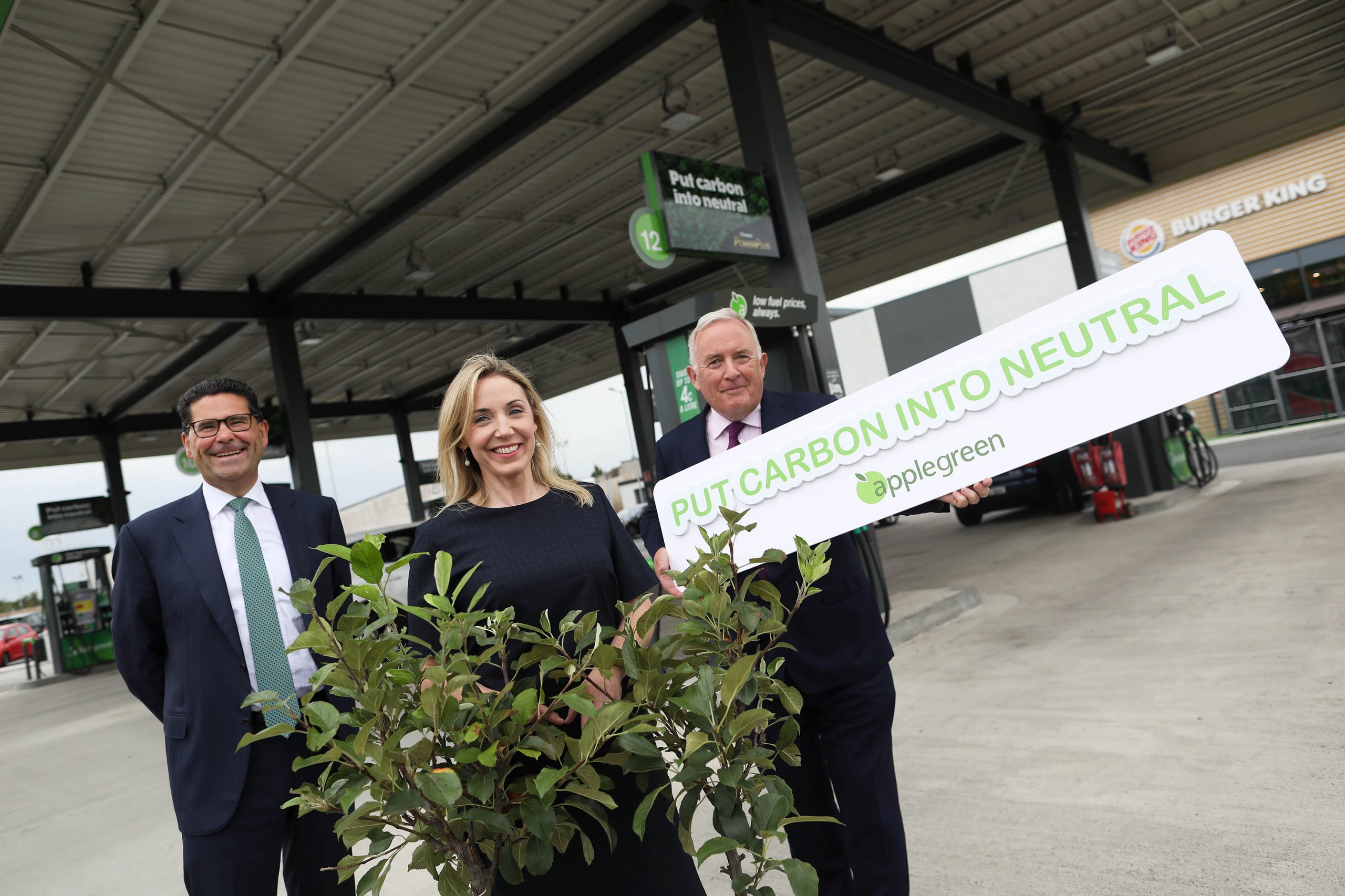 Joe Barrett, COO of Applegreen said: “As a fuel retailer, we feel a responsibility to think and act more sustainably and we are taking steps to address our most material issues, among which are carbon reduction and climate change.

“For every litre of PowerPlus that is purchased at our pumps, we will offset those fuel emissions and give our customers the opportunity to drive CarbonNeutral.

“This programme accelerates our sustainability journey in line with our transition to cleaner energy including electricity – a key element of the UN’s Sustainability Development Goals.”

PowerPlus is Applegreen’s most advanced premium fuel, which, according to the company, includes a special additive that delivers fuel economy benefits of up to three to four per cent while also reducing CO2 emissions (by some 3.73 per cent for diesel, compared to unadditised fuel).

PowerPlus has also been proven to actively clean and restore engines to a ‘like new’ condition as the vehicle is driven.

To achieve CarbonNeutral certification, Applegreen is supporting a clean water initiative in East Africa that will offset more than 100,000 tonnes of carbon each year.

The company is working with the global climate finance and carbon neutral specialist Natural Capital Partners to purchase carbon offset credits from Irish N.G.O. Vita, whose project involves restoring community water points to provide easy access to clean water for families in East Africa. This reduces the need to burn fuel wood, resulting in deforestation, in order to boil water.

Vita chairperson, Dermot Byrne, commented on the partnership with Applegreen: “We are delighted to be part of Applegreen’s shift towards sustainable driving. This prescient initiative not only creates carbon emissions savings in East Africa, it also facilitates those communities to ‘drive’ their own development.”

Carbon offsetting is a way of compensating for emissions produced by everyday activity (including driving) by funding an equivalent carbon dioxide saving elsewhere. The transition to new low carbon transport systems is a long-term global objective, so in the meantime, offsetting enables Applegreen to give customers a carbon neutral option and fund projects that are delivering emission reductions now.

The Department of Agriculture has described offsetting as playing a “valuable role” for organisations and individuals who are trying to achieve carbon neutrality.

Carbon neutral certification is awarded to businesses taking climate action in accordance with The CarbonNeutral Protocol, which provides a framework for organisations to achieve credible, high quality claims, in line with best practice.

In addition, Applegreen has announced that it will be planting 300,000 native trees including Pedunculate Oak, Birch, Scots Pine, Rowan, Holly and Hazel, around Ireland over the next three years, beginning in selected locations in Limerick and Mayo later this year. This includes planting one tree for every tonne of carbon generated by the use of PowerPlus fuel, with a minimum of 100,000 trees per year and no upper limit on the number of trees to be planted.

Applegreen’s forest creation commitment supports the Irish Government’s Woodland Environmental Fund (WEF) which is designed to encourage more landowners to create new native woodlands. Applegreen is one of the largest Irish contributors to the WEF programme to date.

Applegreen has committed to investing a minimum of €1.5m in carbon reduction initiatives over the next three years.

“In launching our CarbonNeutral programme, we have selected climate initiatives that will deliver tangible benefits,” Barrett added. “If all customers purchase PowerPlus fuel where it is available, our corresponding carbon reduction initiatives would be equivalent reducing emissions from 180,000 cars, which amounts to almost 10 per cent of the entire national car population.

“Through this programme, we are offering customers a simple solution to drive change, by putting carbon into neutral, we can all reduce our environmental impact today and help to leave a lasting, positive legacy for future generations.”