The XCeed is a new urban crossover utility vehicle (CUV) from Kia Motors which it says combines compact SUV practicality with the sporty packaging and promises engaging handling of a hatchback.

It is due on-sale across Europe in the third quarter of 2019, the newest member of the Ceed model family which kia reminds us will be sold as standard with Kia’s industry-leading 7-Year, 150,000-kilometre warranty. 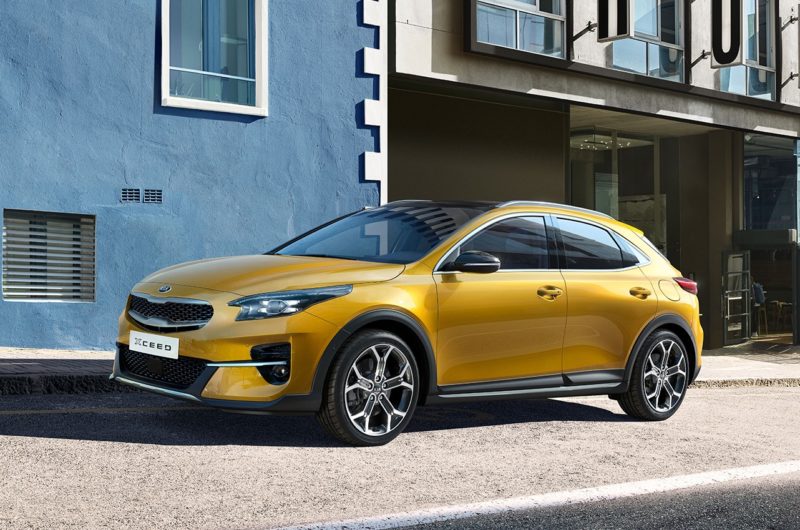 Described by Kia Motors as a sporty alternative to traditional SUVs, the new CUV nevertheless offers comparable levels of space for occupants and luggage. The Kia XCeed engages drivers with its sporty handling and a comfortable, assured ride, while providing a more commanding view of the road ahead than a conventional hatchback.

The XCeed’s suite of advanced safety, connectivity and infotainment features make it one of the most high-tech cars in the CUV class. Powered by a range of fast-revving, turbocharged petrol and diesel engines, it is also one of the most efficient.

As with other models in the brand’s product portfolio, low-emissions electrified powertrains, including 48V mild hybrid and plug-in hybrid options, will be launched into the Kia XCeed range later in early 2020.

Emilio Herrera, Chief Operating Officer for Kia Motors Europe, comments: “The Kia XCeed addresses the growing desire for cars which offer more emotion and dynamism than an SUV, both in terms of the way a car looks and drives. Yet these customers don’t want to lose the practicality that a larger car offers them. Our new CUV meets these needs, with a distinctive and modern design wrapped around a spacious, versatile body. Merging the strengths of both hatchback and SUV, the Kia XCeed offers something refreshing and different for European consumers.”

Herrera adds: “This latest addition to the Kia portfolio takes the Ceed model family in a bold new direction, showing the breadth of Kia’s imagination and ambition in the compact family car segment. The C-segment is the second largest class in the European market, and, thanks to a broadening range of body types, is set to take on greater importance in the years ahead. The expanded Ceed range now offers buyers more choice in this class than any other manufacturer.”

The Kia XCeed urban crossover will be manufactured at the brand’s European production facility in Zilina, Slovakia alongside the Ceed five-door hatchback, Ceed Sportswagon, and ProCeed five-door shooting brake.