Ford has given a debut to their all-new Ford Focus, which it claims is the most accomplished and technically-competent Focus ever. It will go on sale here in July.

More than 16 million Focus cars have been sold around the world since the first generation model was introduced in 1998.

It was unveiled in five-door hatchback, wagon and in selected markets four-door body styles. Ford says that it is the most comprehensive Focus line-up ever, including the Focus Trend and Titanium, sporty Focus ST-Line, upscale Focus Vignale and the first Focus Active crossover.

With the new Focus, Ford boasts that it has introduced a new human-centric design philosophy that fuses emotional exterior styling with class-leading aerodynamics; and delivers an interior offering more space combined with high quality materials and craftsmanship.

It comes with integrated driver assistance technologies that claim to enable an intuitive, stress-reducing and refined driving experience.

It adds that ‘Active Park Assist’ 2 is included and that now also operates gear selection, acceleration and braking to enable fully-automated manoeuvres at the push of a button. And it includes Ford’s first Head-up’ display (HUD) to be offered in Europe, helping drivers focus their attention on the road ahead. 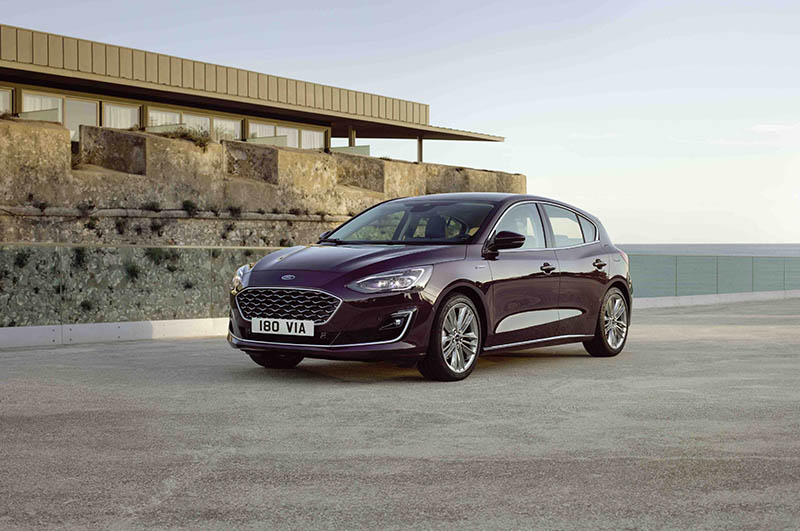 Ford says that the occupant experience is enhanced with comfort and convenience features including ‘FordPass Connect’ embedded modem for connectivity on the move and a new Wireless charging pad for compatible smartphone devices.

For says that the all-new Focus is the first vehicle globally to be based on Ford’s new C2 platform designed to enhance crash performance and deliver more interior space for Ford’s mid-size models without negatively impacting exterior dimensions. Ford adds that it supports improved aerodynamics for better claimed fuel-efficiency.