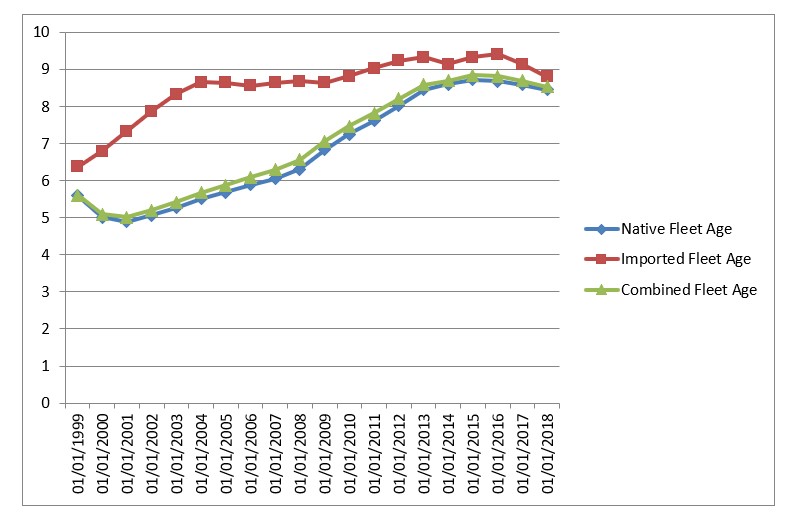 The age of the fleet oscillates throughout the year as vehicles leave the fleet and others enter. However the drop in age of the imported fleet since September 2017 has been particularly notable.

John Byrne, General Counsel, Cartell.ie, says: “The impact of imports has been even more noticeable in 2018 as owners retire older native vehicles and look to replace them with newer imported vehicles in ever increasing numbers. The imported fleet age has dropped by 121 days in the past year – that’s a sizeable drop. Even the native fleet is getting younger, showing a decline of 48 days in the last 12 months as people are moving up the years. In terms of the outlook for 2019, Brexit certainly makes it more difficult to make predictions, but we would still expect to see the age of the fleet continue to fall in the near term as buyers look to replace older vehicles.”

“In January 2015 Cartell released data which showed the age of the private fleet in Ireland had levelled-off significantly for the first time in over 10 years – supporting our view the market was then going into recovery.” Byrne added.

The imported fleet is now at its youngest level since August 1, 2010.