Almost 80% of motorists have expressed concerns about the dangers posed by rickshaws in cities across Ireland, recent research has found. 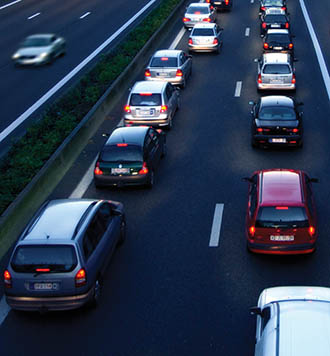 The survey was completed by almost 5,000 people, and an overwhelming majority of respondents stated that they believed the use of rickshaws in Ireland needs to be further regulated.

In response to an AA Car Insurance survey of over 5,000 Irish motorists, 51.66% of respondents stated that they ‘strongly agree’ with the idea that stronger legislation is needed in relation to the use of rickshaws in Ireland. Meanwhile, an additional 28.16% somewhat agree with the statement.

“The results are quite clear. There is a real fear for personal safety here, not just for the rickshaw driver and passengers, but also for the other road users who are put at risk by unregulated practices,” Conor Faughnan, AA Director of Consumer Affairs stated. “The National Transport Association are currently looking into the use of rickshaws in Ireland and the message from our findings is that there is clear support for stricter legislation on the matter.” states AA Director of Consumer Affairs, Conor Faughnan.

The AA survey also found that almost 60% of motorists believe that rickshaws present too much of a danger to other road users.

“The key takeaway from this is that while people have concerns about the road safety risk by rickshaws, the majority of motorists also recognise the potential for rickshaws to be a useful asset,” says Faughnan. “Rickshaws offer tourists visiting Ireland a unique way of exploring our cities and taking in the scenery that Ireland has to offer. However, ultimately it is in the best interest of motorists, cyclists, pedestrians and even rickshaw users themselves that we have strong legislation around the use of these vehicles on our roads.”

Just over 40% of people agree or strongly agree that rickshaws are a valuable asset when it comes to making it easier for tourists to explore cities across Ireland.