It is expected here in Ireland sometime around next January/February, with exact prices closer to then. 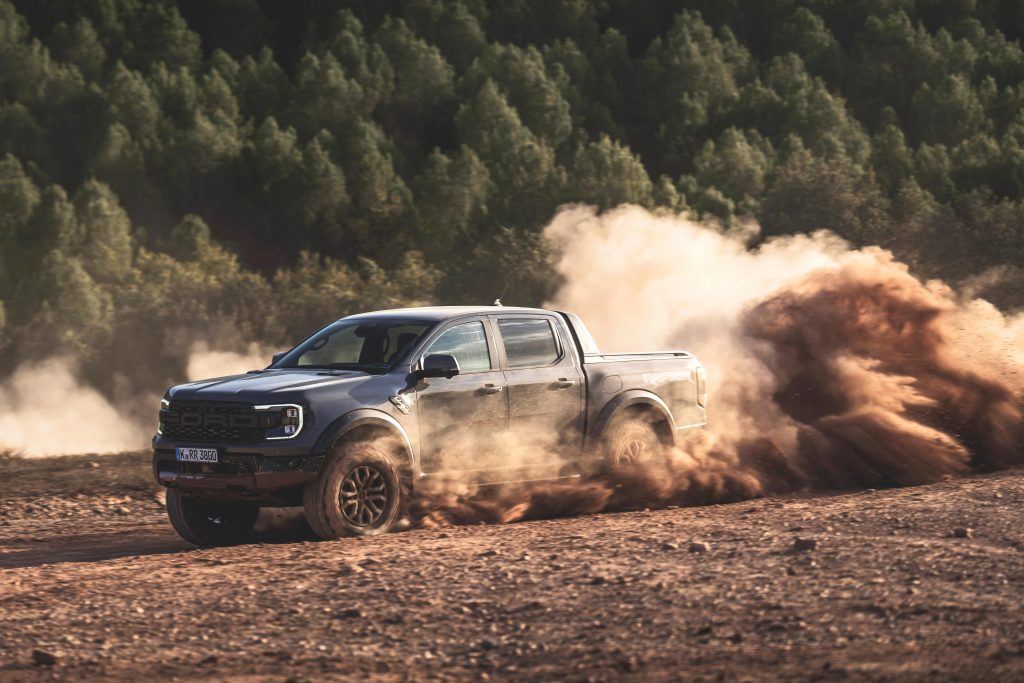 The high-performance pick-up has a twin-turbo 3.0-litre EcoBoost V6 which delivers 292 PS and 491 Nm of torque.

Customers also have the option of choosing a 2.0-litre bi‑turbo diesel engine, which will be available to order in the Ranger Raptor from early 2023 with first deliveries expected next summer.

A specific boost profile for each gear of Ford’s advanced 10-speed automatic transmission and a race-bred anti lag system help deliver maximum thrills, according to the automaker. This is supported by four exhaust modes: Normal, Sport, Baja, and Quiet.

Ford describes Baja as “the most striking exhaust profile in both volume and note”. This mode is intended for off-road use only. 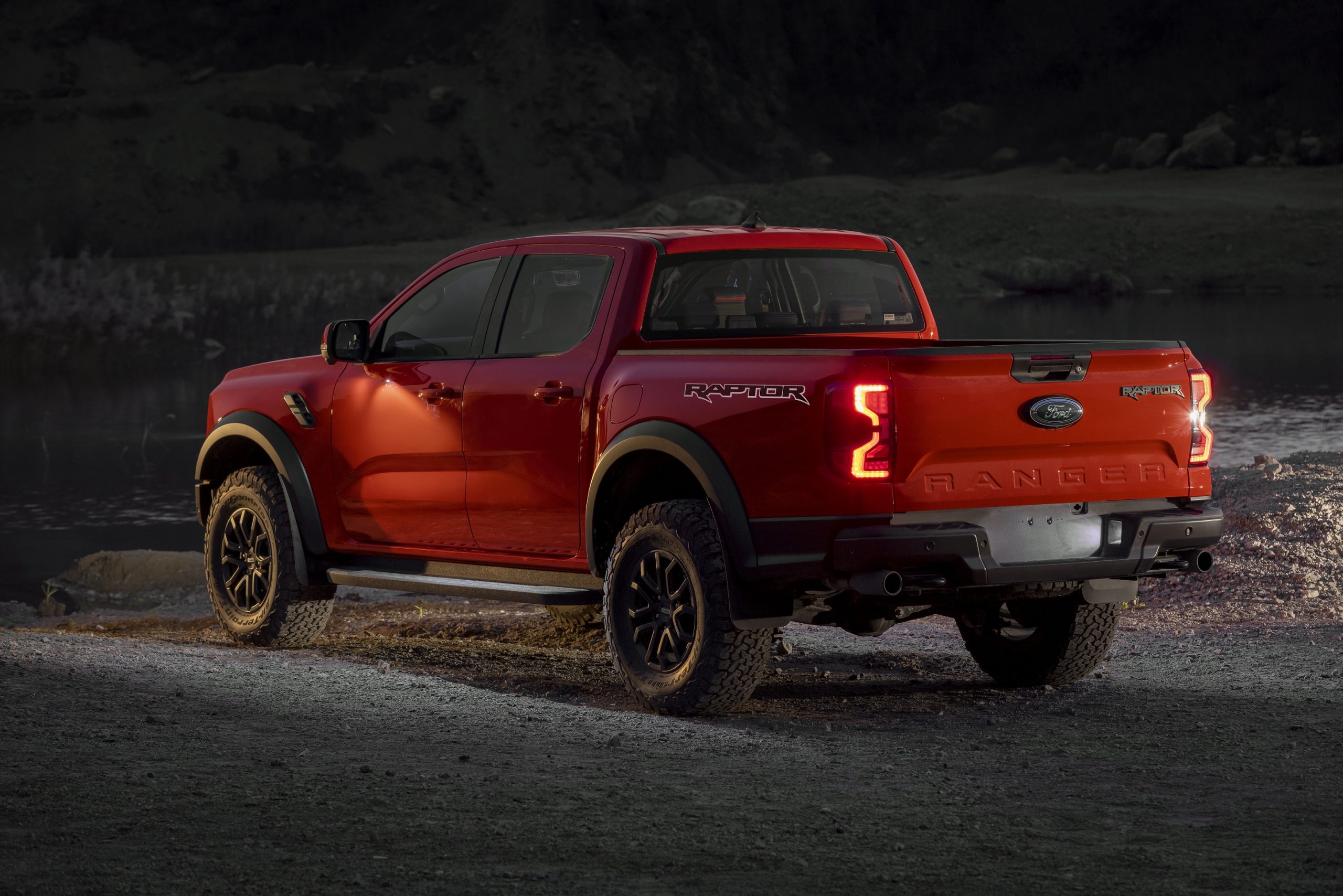 The Next-Gen Ranger Raptor has a unique chassis when compared to the all-new Ranger. A series of Raptor-specific mounts and reinforcements for elements including the C-pillar, load box and spare wheel, as well as unique frames for the jounce bumper, shock tower and rear shock bracket all combine to ensure Next-Gen Ranger Raptor can handle punishing off-road conditions.

Ford has equipped the new Raptor with 2.5-inch Fox Live Valve shocks, which are filled with Dupont Teflon-infused oil and reduces friction by around 50 per cent compared to those on the outgoing vehicle.

For the first time, the Ranger Raptor gets an advanced full-time four-wheel drive system with an all‑new electronically‑controlled on-demand two-speed transfer case, combined with front and rear locking differentials.

The new vehicle also features Trail Control, which is like cruise control for off‑roading. The driver simply selects a set speed below 32 km/h and the vehicle will manage its acceleration and braking while the driver concentrates on steering through difficult terrain.

When it comes to styling, flared wheel arches and C-clamp headlight designs emphasise the pick‑up’s width, while bold F-O-R-D lettering on the grille and the tough separate bumper add more visual muscle.

Functional vents, aero features and tough, grippy cast-aluminium side steps help enhance the look and functionality of the truck. At the rear, LED taillights provide a signature styling link to the front, while the Precision Grey rear bumper features an integrated step pad and towbar that is tucked up high to avoid compromising the departure angle. 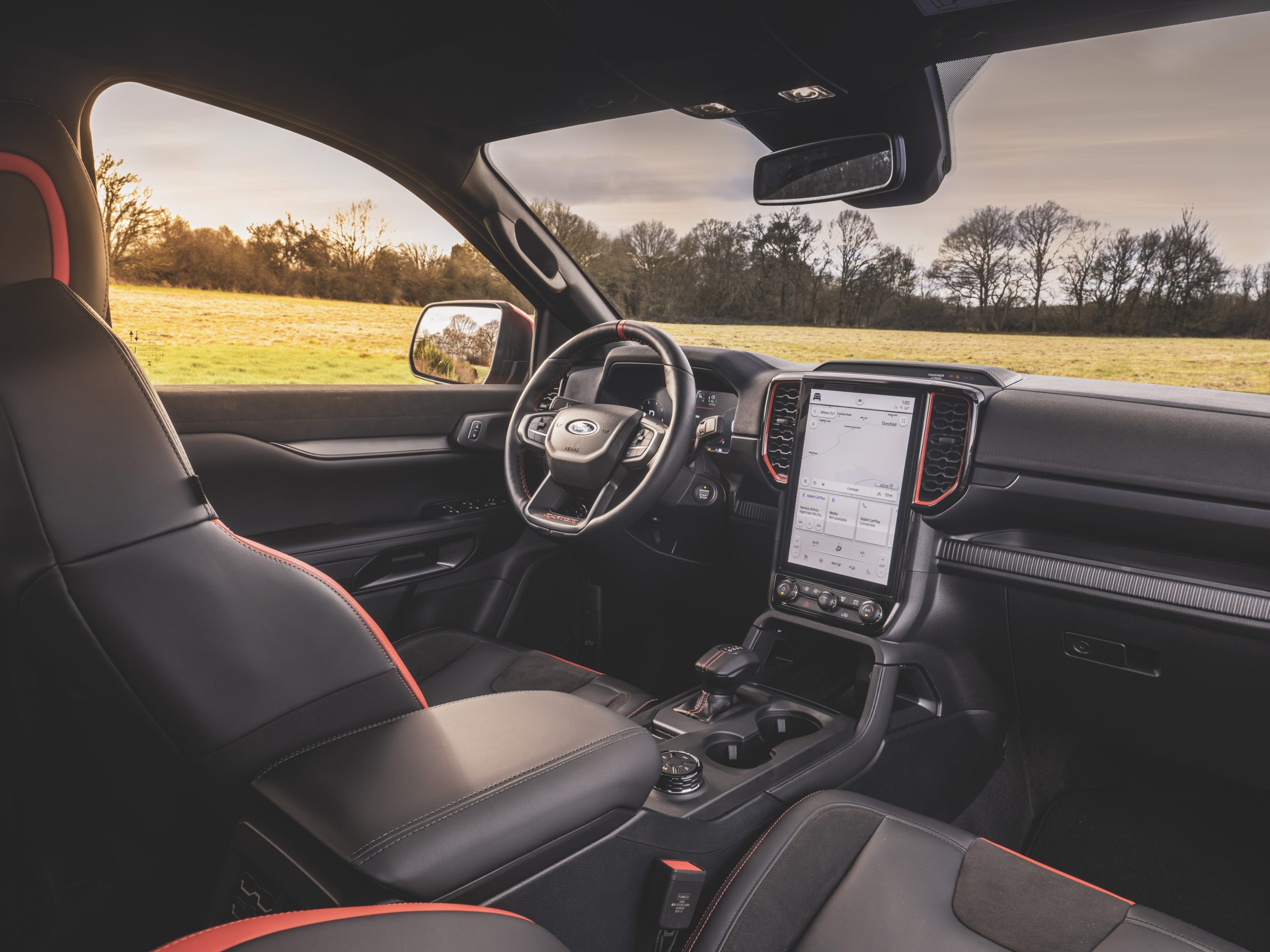 Inside, the cabin features all-new, jet fighter-inspired sports seats in the front and rear to increase comfort and offer more support during high-speed cornering.

Other features include a 12.4-inch digital dash and a 12-inch centre touchscreen, the latter of which is running Ford’s Sync 4A infotainment system with features like Apple CarPlay and Android Auto. There is also an available B&O sound system for those that wish.