New nationwide research carried out by iReach on behalf of Toyota Ireland has exposed the startling revelation that 59 per cent of Irish motorists have looked at their phones while driving within the last 12 months, with 42 per cent admitting they have done so within the last two months.

The survey of 1,000 Irish drivers also revealed that over half of all adults (52%) check their phone in the car after hearing an alert, with 26 per cent checking when stopped at traffic lights, 21 per cent taking a quick glance while driving when they feel it’s safe to do so, and five per cent checking immediately. Forty-eight per cent wait until they get home to check.

The survey findings come at a time when deaths on Irish roads have risen by nine, in comparison with the same time period as last year, and as Toyota renews its appeal to Irish motorists to place their phones faced down while driving –- the central message carried throughout the brand’s annual National FaceItDown Awareness Week, which runs from September 14-20. 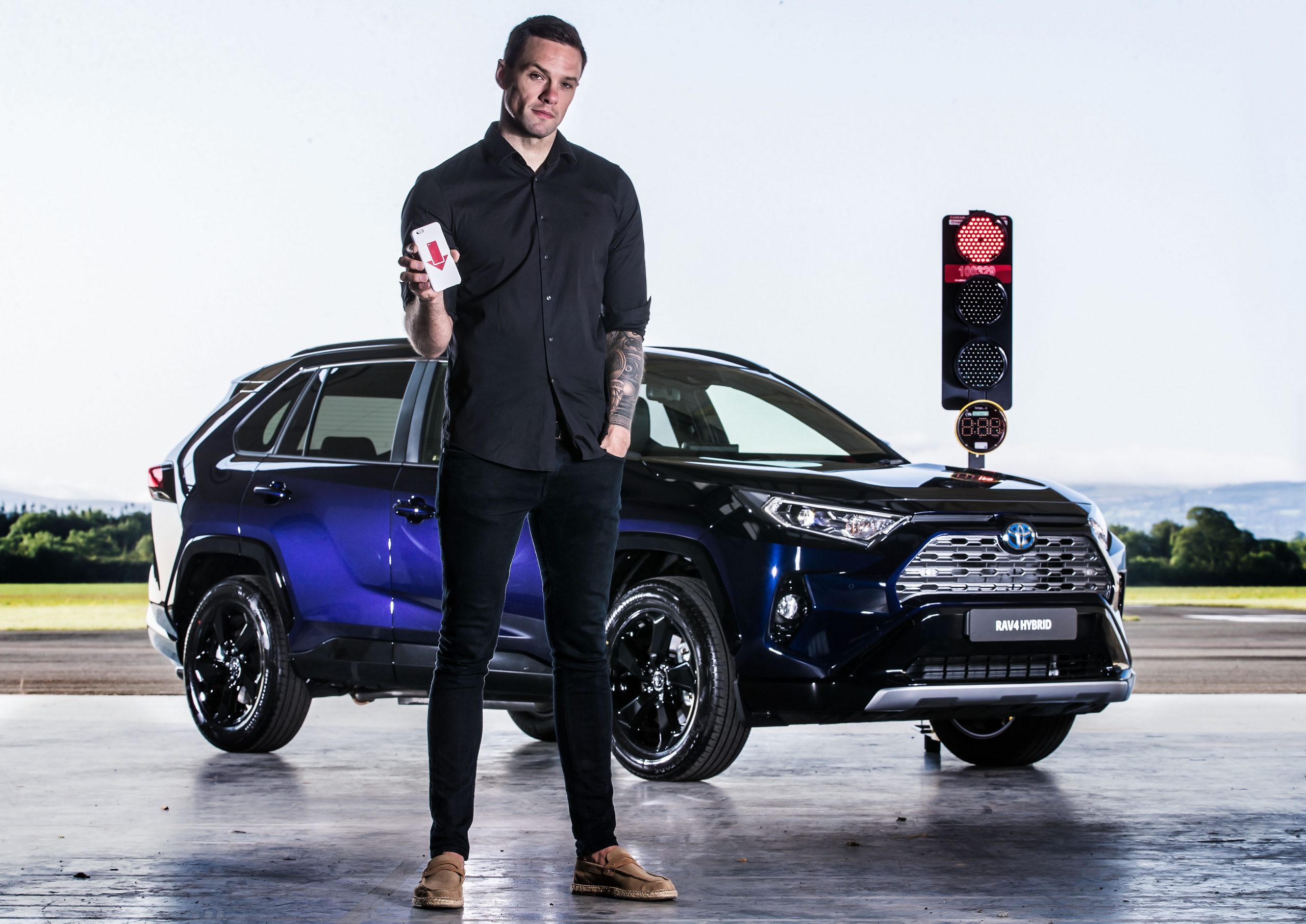 The national awareness week campaign is calling for more widespread adoption of the life-saving ‘FaceItDown’ app which was developed by Toyota Ireland to help change Irish driver behaviour. The innovative app, which is endorsed by the Road Safety Authority, incentivises motorists to place their phone face down when driving in order to eradicate mobile phone distractions and ensure safer roads for all.

For every kilometre driven with the app engaged and phones faced down, users can earn points which are redeemable against free hot beverages in Circle K, cheaper FBD car insurance and subsidised parking at QPark lots.

Since its launch in 2017, FaceItDown has recorded more than 28.9 million kilometres driven in Ireland with phones faced down. The free app is available to all motorists, whether they drive a Toyota or not, from Apple Store or Google Play.

As an added incentive for current FaceItDown users, and to attract the next wave of safety conscious drivers, Toyota is offering double incentive points for all journeys logged on the app from today, September 9 to September 20.

Commenting on the survey results Steve Tormey, CEO of Toyota Ireland said, “Despite it being a well-known fact that people who use mobile phones while driving are four times more likely to crash than those who don’t, the research findings clearly demonstrate the need for continued driver education and the important role that Toyota’s FaceItDown can play in making Irish roads safer for all.

“Toyota’s FaceItDown initiative, is a prime example of our brand promise ‘Built for a Better World’ in action, and while we’re very proud of what it has achieved to date, we are appealing to all Irish motorists to make the app part of their daily driving routine, step up their vigilance and keep their eyes on the road at all times.”

Toyota’s brand ambassador Niall ‘Bressie’ Breslin will be spearheading this year’s awareness week campaign and as he explains, the dangers associated with people using mobiles while driving is an issue he is passionate about driving home, “I spend a lot of time driving from Mullingar to Dublin, and on a daily basis I see motorists with phone in hand doing 100 kmph on the motorway. The research clearly shows that people think it’s OK to use their phones when they think it’s safe, but even momentary driver distraction can result in death and disaster.

“What Toyota has done with FaceItDown is really clever and we want to encourage every driver in Ireland to download the free app. It takes a matter of seconds and you’ll be rewarded for your good driving behaviour and help make our roads safer for all. What’s not to love about that?”