Skoda positioned itself as the 4×4 brand of choice back in 2010 during the so-called ‘big freeze’, when Ireland recorded the coldest winter in 130 years and the entire country was regularly engulfed in a thick blanket of snow.

Subsequent winters have proved milder which has coincided with a reduction in demand for 4×4 vehicles but Skoda says it still has a loyal band of these customers here in Ireland.

There are those who need four-wheel power for towing trailers and boats and others who need extra grip for navigating slippery or rough terrain on Irish country roads.

Demand in the fleet sector remains strong with the Octavia Combi 4×4 recently re-commissioned to fulfil an order from a regional emergency service in the north west of the country.

The service required reliable vehicles with abundant luggage capacity that performed as well off-road as well as on-road and Skoda ticked all the boxes. 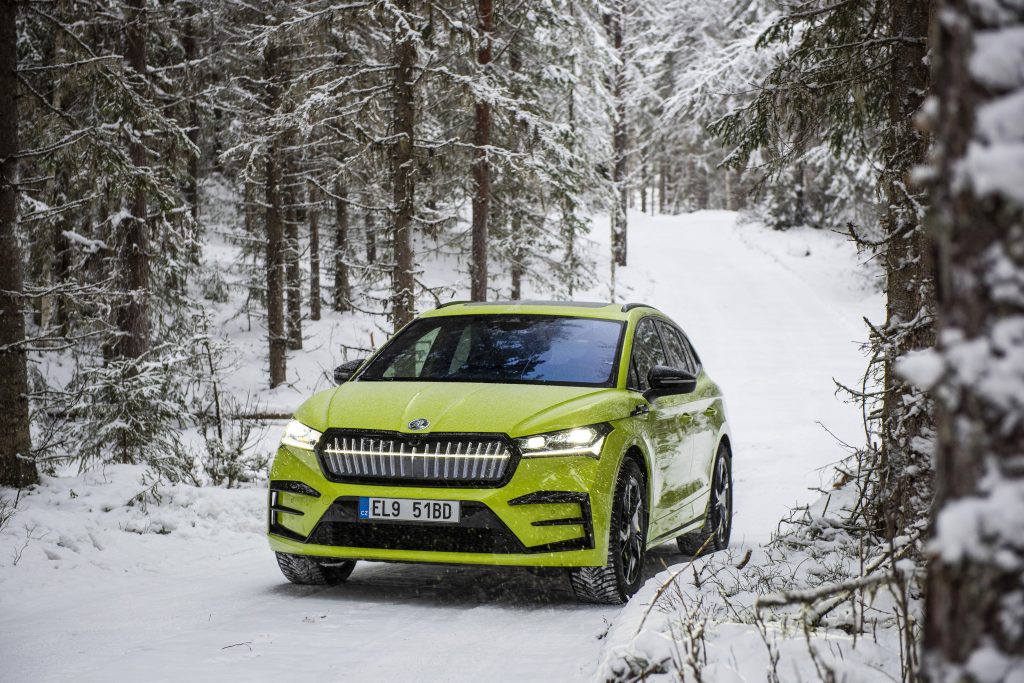 Road going 4x4s may have lost some of their sheen in recent years, mainly due to disparity in taxation levels and pricing.

But according to Libor Pavlas, product manager at Skoda Ireland, that’s about to change thanks to the arrival of a new generation of all-electric 4x4s.

“We have always had a loyal following of customers for our 4×4 vehicles. However, their popularity is set to become more mainstream thanks to the arrival of new, fully-electric models like the Enyaq 80X,” he said.

“For a premium of €2,960 over the two-wheel drive version of the Enyaq, the 80X gives you four-wheel drive with no change in annual road tax and minimal impact on range.

“Despite arriving to market more than a year after the two-wheel drive version of the Enyaq, the 80x already accounts for 10 per cent of all Enyaq orders.

“And, with the 4×4 Enyaq RS and Enyaq Coupe RS launching in Ireland early in 2023, we expect to see a significant increase in the number of 4×4 Skodas on our roads in the coming weeks and months.”

Pavlas was speaking at Skoda’s winter experience in Sweden, where he said driving on ice has shown that electric 4x4s are every bit as capable as their internal combustion engined equivalents.

“The fact that step up to four-wheel power is now that much more affordable will see the number of 4x4s on Irish roads rise,” he added.