Bayne completed the course in 5hrs 44 mins, beating his time from last year by more than half an hour. 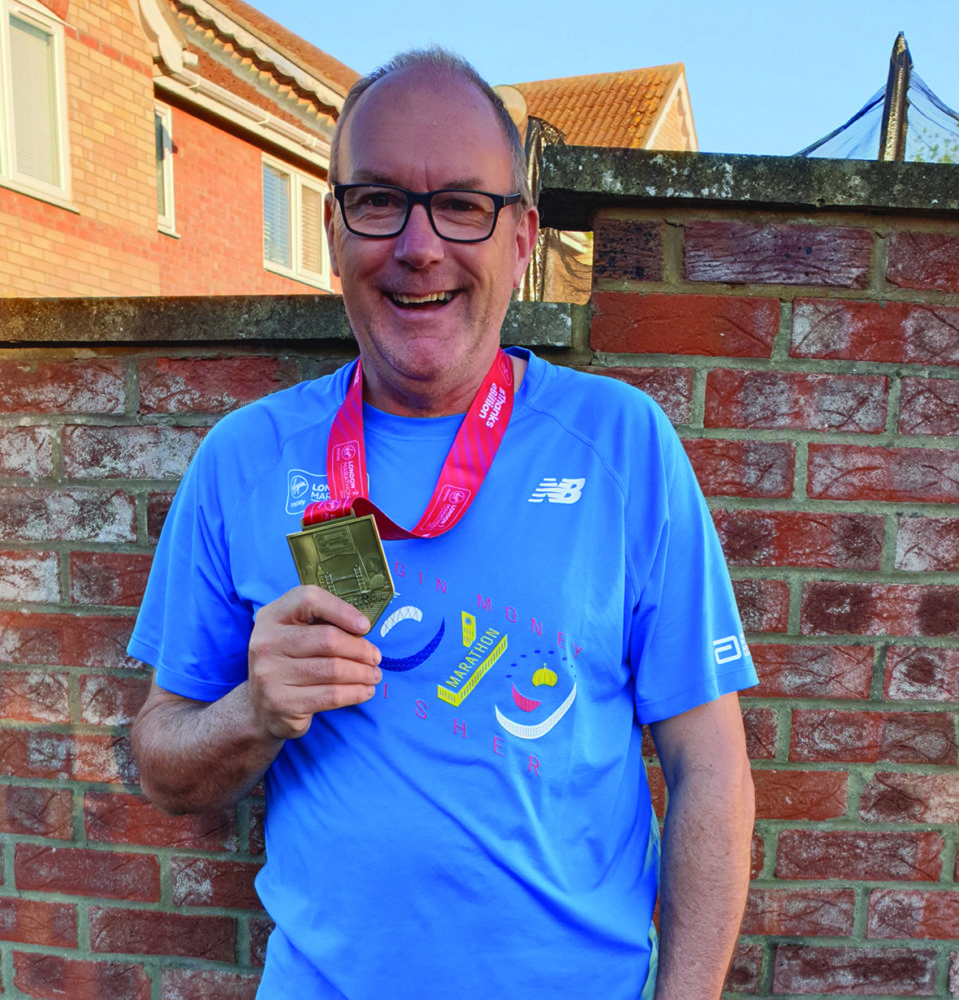 His efforts have raised more than £1,800 for the Downs Syndrome Association (DSA), which continues to support people with Downs Syndrome to live full and active lives, through programmes such as Workfit, enabling people to find employment, and the DSA Active activity programme.

Bayne, who over the past few years has raised £62,500 for the DSA via a number of fund-raising exploits including sponsored cycle rides in Europe and New Zealand, said: “It was really hard work this year. I had hoped to complete the marathon in under five hours, but I set off too fast as I got caught up in the atmosphere and suffered after running the first 11 miles in two hours one minute. Having said that I’m pleased to have beaten last year’s time by more than half an hour.”

If you wish to donate to Stuart Bayne’s fund-raising page, you can still do so until May 28 by logging on and entering his name.