Alec Edwards, owner of a 1957 coral pink Ford Zephyr, won the grand prize of Winner of Best in Show in the 2018 Bradford Classic on Saturday, August 11.

Meanwhile, Geoff Stanley with his 1973 Fiat 500, Flossie, won the runners-up prize, and Andy Harrison, with his 1968 BMC 1800 London to Sydney rally car, was highly commended. 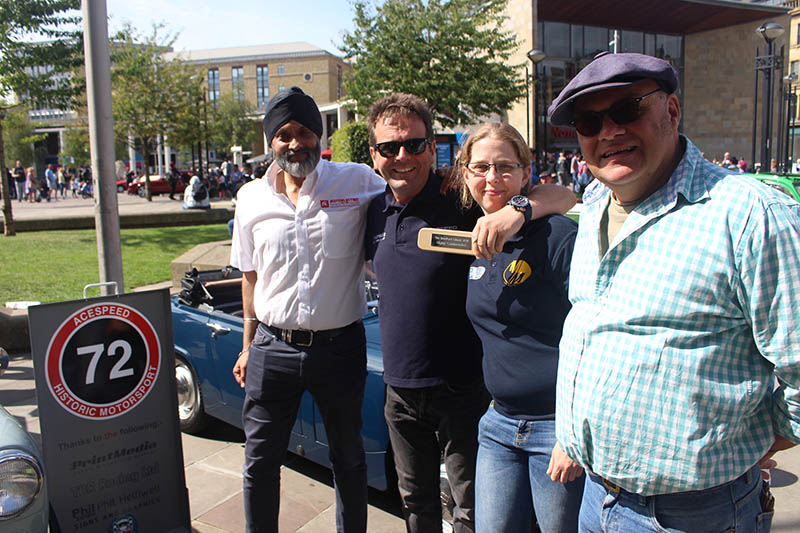 On being invited to be head judge, Tony said: “I was honoured to be asked by event organizer, Mike Cowlam, especially after being involved in this wonderful event previously. It was a great way to give our home city, Bradford, something back and be involved in something that is personal to me”.

“In terms of visitors and exhibitors, the turnout was amazing. There was such an array of cars, which made judging very difficult, but the winners deserved their accolades. The glorious weather made it an even more enjoyable occasion”.

“On behalf of Autoelectro, I look forward to continuing our involvement in the annual event, which is becoming an integral part of Bradford’s calendar, and I am sure it will become an important part of the classic car one as well.” Bhogal added.

As part of the programme, there was a rare exhibition of photographs, showing the Jowett factory, its Le Mans-winning cars and production prototypes. Also on display was a collection of historic competition cars, including Barry Williams’s 1968 Cooper S, which won the Mini Cooper’s maiden international rally title.

Plans are already underway for an extended Bradford Classic in 2019.