Euro NCAP has released the results for its largest group of vehicles this year, and all but one of the 16 cars tested achieved the maximum five-star rating.

The cars tested this November include the fully electric Tesla Model S and the new-to-market NIO ET7, both bagging top marks with a notable maximum rating in safety assist. They also achieved top marks in the Green NCAP rating last week.

Also released are the five-star results for the long-awaited electric Toyota bZ4X and its official twin Subaru Solterra.

The only car in this round to achieve four stars was the DS 9, as the large family car was penalised in the frontal offset test for being an aggressive impact partner towards other vehicles. 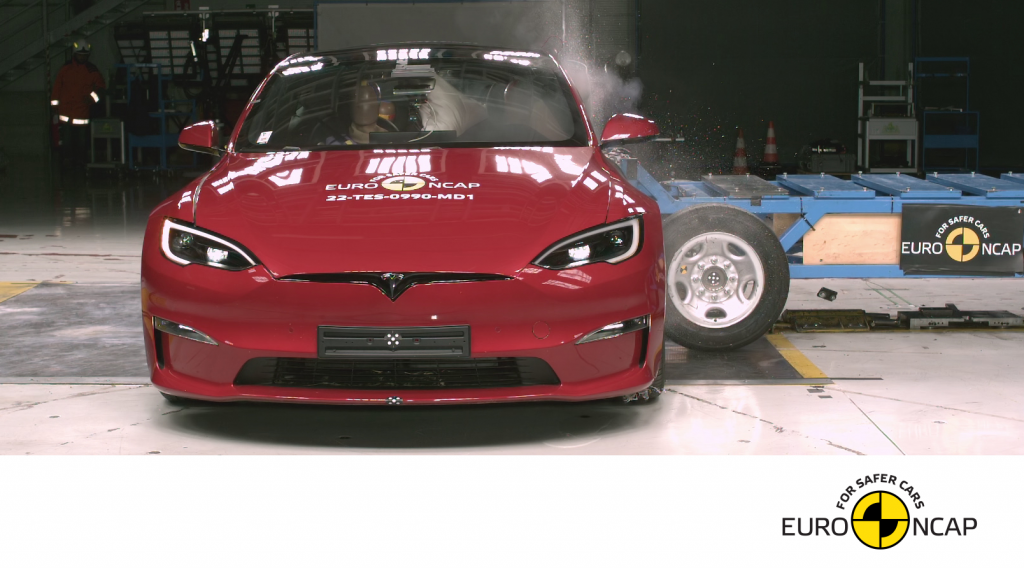 The other cars achieving five-star results were another family car, the Hyundai Ioniq 6, scoring a commendable 97 per cent in Adult Protection; the smaller Honda Civic; the small off-roaders the Toyota Corolla Cross as well as the Nissan Ariya and its bigger brother the Nissan X Trail (2021 rating derived from its partner Nissan Qashqai last year).

Other than the NIO ET7, two further Chinese cars achieved maximum scores in this month’s test – the new small-off roader Smart #1, now jointly owned by Geely, and another small-off-roader the appealingly-named WEY Coffee 02.

“In 2023, in line with its Vision 2030, Euro NCAP will be focusing on a range of new aspects. For example, we are putting in place autonomous emergency braking (AEB) protocols for motorcycles as well as new scenarios in passive safety for pedestrians and cyclists, extending the area where these two vulnerable users might interact with a vehicle.

“This is necessary progress in safety for other road users, and we are collaborating closely with industry to ensure we meet Vision Zero objectives and that the demands of the protocols are met.”